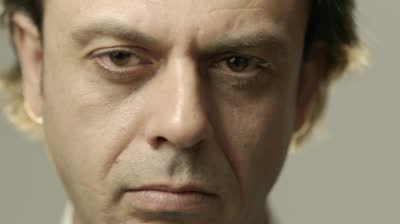 If an individual was to type ‘google’ into Google it would of course break the internet, but use any other search term and you will be met with a barrage of self portraits known as ‘selfies’.
A new report published today by the Institute of Internet Studies (IIS) reveals the internet is now 90% selfies. The selfie phenomenon has been gathering pace in the last few years and now it is close to becoming the entirety of internet output. Dr. Klaus Kavinsky from the IIS spoke exclusively to WWN about his new report.

“If an alien race were to observe us from outer space they could well conclude that we were all just taking part in a mass staring contest. All these serious faces staring at more serious faces, it would be very strange. Their observance would all depend on wifi availability, of course,” Dr. Kavinksy shared.

The IIS report reveals that in 2009 the average human being uploaded just three selfies of themselves over the course of the year. Compare that to this year’s figures which exclude November and December of average of 1,567 selfies each.

“There is historic precedence for this behaviour as many artists of bygone eras engaged in self portraits,” explained Dr. Kavinsky and we coined the term ‘selfie’ in 2007 which has its roots in the latin phrase ‘Selfio Portraitus’. This rampant narcissism is part of the human psyche.”

Dr. Kavinsky admitted the report did indicate a worrying trend. If the trends revealed in his study were to continue in the coming years a number of worrying events may transpire.

By 2017 human interaction would devolve to the point where communication would be limited to women sending pictures of themselves looking coy in their bedrooms and the entire population of men would send serious pictures of themselves in the gym. “It is true, we could see the end of conventional language and communication,” admitted Dr. Kanvinsky.

Internet expert Moe Demme told WWN how people can look to reverse the recent study results. “If an individual has found a nice dress or shirt, instead of taking 20 photos of their face while in the item of clothing they should just wear it out and talk to people,” opined the internet guru.

Dr. Kavinsky concluded his exclusive WWN interview with some learned advice. “If the desire for people to see one’s face becomes so pronounced, so overwhelming I would suggest placing it in close proximity to another persons face so they can see it directly rather than in front of a camera.”