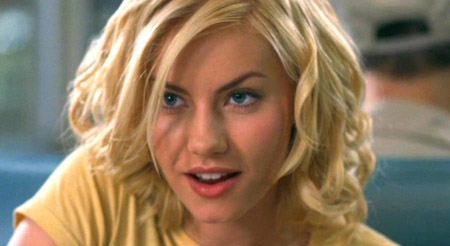 TEENAGER Michael Downey expressed to his friends a pronounced disappointment upon discovering a new neighbour had failed to live up to his understanding of supposed cultural and societal norms.

Earlier in the week Michael had talked at length to several friends about a new family moving in next door and how he saw a ride of a teenage girl carrying boxes into the house.

“Wait until you see her, only saw the back of her now, but like what a back! Ah yeah I reckon I’m in there,” Michael is reported to have said.

Michael’s early exuberance has since turned to a mood of disappointment as he confessed to his friends that his early assessment of the situation was wide of the mark.

“Lads, I honestly don’t get it,” Michael told friends while assembled outside the entrance to a Spar, “I was coming home from Hurling the other night and walked past her house. The light was on in her room so ya know, I expected maybe at the least she’d be in a towel, but secretly hoping for the bra or topless teasing routine. Nothing. Fuck all, like I don’t even think she was in her room”.

The intervening days saw no improvement in the situation for the hormonal hound dog. Speaking exclusively to WWN Michael admitted he was incredibly confused given all his previous knowledge of girls next door.

“I’m devastated to be honest,” began Michael, “I knocked on the door the other day…she’s from Dublin too, I was expecting some sexy foreign accent on her. I was only talking to her for two minutes, but she didn’t invite me in, she doesn’t seem troubled or anything. For some reason she didn’t find me intriguing in the slightest.

Michael’s father, John, a teacher in the local secondary school, expressed a similar disappointment when interviewed by WWN.

“She hasn’t got caught in the rain once since she moved in, always has an umbrella with her. Always has a key on her so she’ll never get locked out. And just between you, me and the wall she doesn’t seem to be the cusp of some sort of sexual awakening that see’s her inexplicably fall for a 54-year-old Geography teacher.”

The final nail in the coffin of Michael’s dream of a life changing encounter with the girl next door came on Sunday morning while putting out the bins.

“I saw the car in her driveway was covered in suds, I thought ‘Jaysus about time’, I was just waiting for her to emerge from the house in a bikini blaring some sexy tunes, but then there she was in a massive hoody and loose tracksuit bottoms with a power hose. The car was fucking spotless after about 10 seconds.”