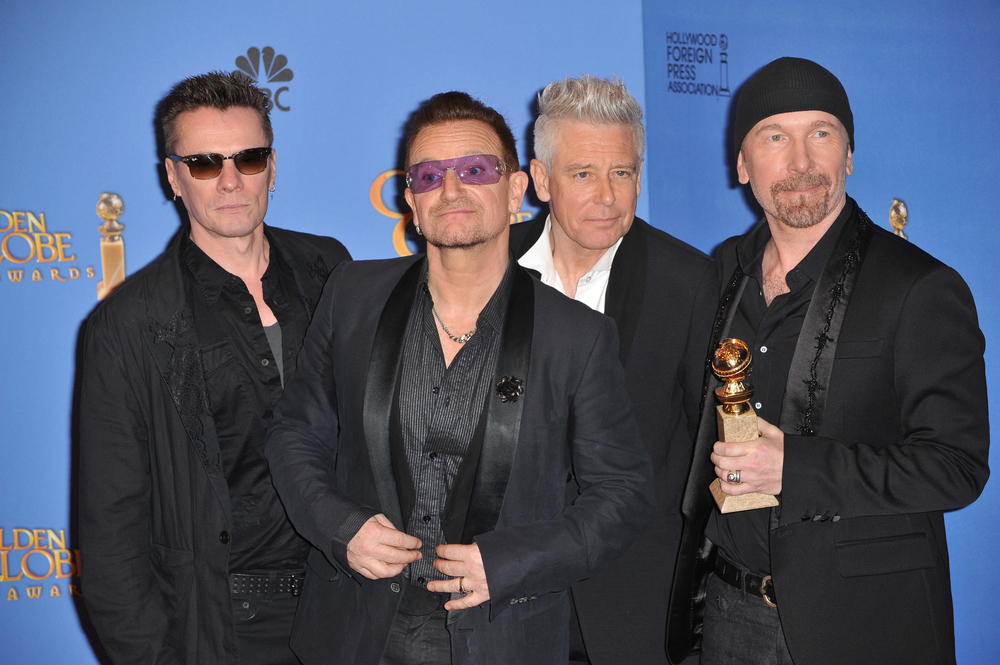 IRISH rock group U2 have recently received the prestigious lifetime artistic achievement honour from the Kennedy centre for performing arts, putting them at the top of the totem poll when it comes to honours bestowed on an Irish artist of any kind.

But where do the individual members rank against each other? While those at the Kennedy centre may think it’s a straightforward 1-4 shuffle, ask any Irish person (and we did) and the results look a little more like this…

100% of the people we asked ranked Larry Mullen as the best member of U2, mostly for his four-decade dedication to shutting up and doing the job at hand. Most people we spoke to were not even certain if Mullen can speak, while others added that he’s ‘probably a fine drummer too, as these things go’.

We say Adam Clayton came second, but really what we mean is ‘the bass player came second’, as most people struggled to name the 62-year-old. He earned his second-place ranking thanks in part to his musicianship, but mostly thanks to memories of the time he was engaged to Naomi Campbell in the mid-90s. ‘It gave hope to us all,’ said one lank bleach-died man.

The Edge is considered one of the greatest living guitarists in the world, so you may have expected him a bit further up the list. Instead, his beanie hat fixation and lack of a real name (people could get within a syllable or two of Bono’s real name, but nobody had a breeze about Edge) bumped him to third place.

Truly, there would be no U2 without Paul McGuinness, who served as the band’s manager from their earliest days in 1978 to 2013. His presence is felt on everything they did in that time, and indeed echoes through their work to this day.

U2 are a formidable force, but they still need the talent and dedication of hundreds of sound engineers, producers, front desk staff and CD factory workers to get their music from their minds to your ears. It would be remiss of us to have a list ranking the members of U2 and not give these guys their due.

The twelfth man, the invisible hand. The fans. The millions and millions of U2 fans around the world that power U2 and drive them forward. Over 150 million record sales around the world and countless more listeners on radio and streaming. Sold-out stadium concerts for decades, an innumerable tally of people without whom U2 would still be playing gigs over pubs in Clontarf. It’s impossible to name you all, but you deserve a mention on this list.