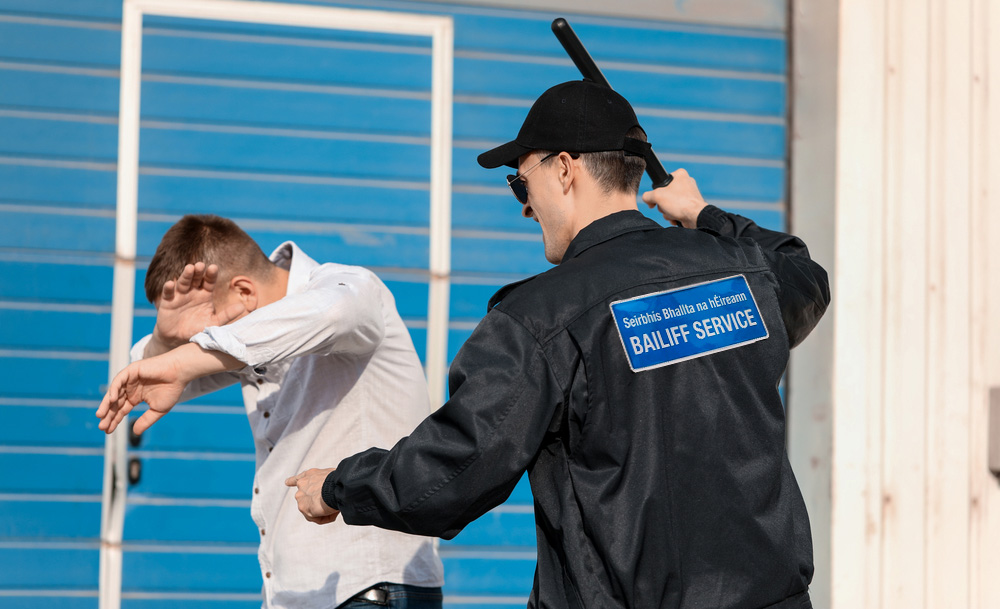 A COUNTY Waterford businessman is being treated for PTSD today after being shaken down by Revenue henchmen over warehoused tax from the Covid lockdown period when he was forced to halt all operations by the government, with the same government now instructing bailiffs to act like drug dealers owed a debt.

“Where’s our fucking money, you piece of shit,” one revenue letter read to the businessman, parking all niceties and getting straight to the point, “if you don’t fucking pay us, we’ll take everything your business owns and then fuck any future of owning another business, okay?”

Mark Sharpe, who operates a restaurant, had to warehouse his VAT liability due to having to close his business for 18 months, before then opening to a new round of being rode left, right and centre by a series of increasing costs, including inflation, wage hikes, new bank holidays, hikes in VAT, gas, electricity and whatever you’re having yourself.

“First it was the threatening letters and then the knocks from the Sheriff threatening to take the very bit of equipment I use to make the money that will eventually pay them if they just backed off a bit,” Sharpe explained, who will now have to make some kind of payment arrangement with the Revenue cartel despite knowing he’ll never be able to pay it, “they said they’ll let me pay it back over the next year with 3% interest, but if I fail that, which I certainly will along with half the bloody country, they’ll fold me like an origamist on crack – oh, they’re they’re so fucking generous –  if only I was a multinational, I’d never have to worry about any of this”.

The shakedowns have rattled thousands of businesses around the country in the hopes of retrieving the VAT owed to revenue, despite revenue admitting to already making up for the Covid exchequer shortfall, opting instead to make thousands of Irish businesses fold over a forced debt by the state.

“We’re Revenue and we make drug cartels look like Mary fucking Poppins,” Revenue replied when asked about the recent barrage of threats, intimidation and their blatant bastardness, concluding in a New York mob accent, “Oh, you have quadruple energy costs – fuck you pay us. Oh, the cost of everything has doubled – fuck you pay us. Oh, it’s all our fault for putting you in this position in the first place – fuck you, pay, us”.