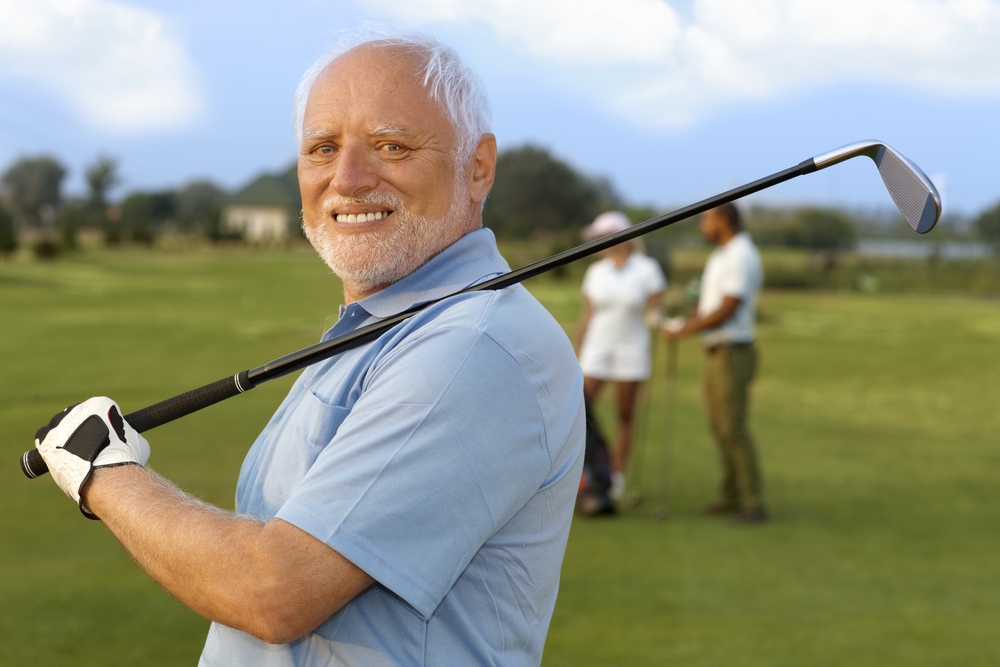 HOMEOWNERS with CCTV, TikTok video makers, drone operators, dash cam car owners and council operated traffic cameras have all been called into action by Oakwood Golf Club member John Tynan as he seeks documentary evidence that he sank a beauty of a 40ft putt.

Tynan, known among his golf buddies as useless at golf as someone who had their arms switched at birth and put on backwards, is now in the torturous position of having completed the proudest golfing moment of his amateur career without so much as one single witness.

“My mate cancelled on the round at the last minute, but I went ahead and played by myself, please, anyone who may have been filming even within a 12 miles radius – you may have picked it up. Please, I need this,” a tearful and desperate Tynan said at a hastily convened press conference.

“Lads with drones, you may have been filming above a house you plan on robbing or perving on someone, I don’t care, I won’t rat you out I just need the video of me putting like I was possessed by Tiger Woods at his putting peak,” Tynan begged.

Tynan went on to reveal that he is being ridiculed in various WhatsApp groups for his as yet unsubstantiated claims, and the incident has brought back a traumatic incident from years ago.

“My mate Dan definitely saw me chip a birdie from a bunker on a par three when we were teenagers, but to this day he says, ‘oh I was lining up my putt and didn’t see it’, fuck this for a craic anyway, I’m going to wear a GoPro every time I play from now on,” added Tynan, upping his reward for relevant footage to €12,000.