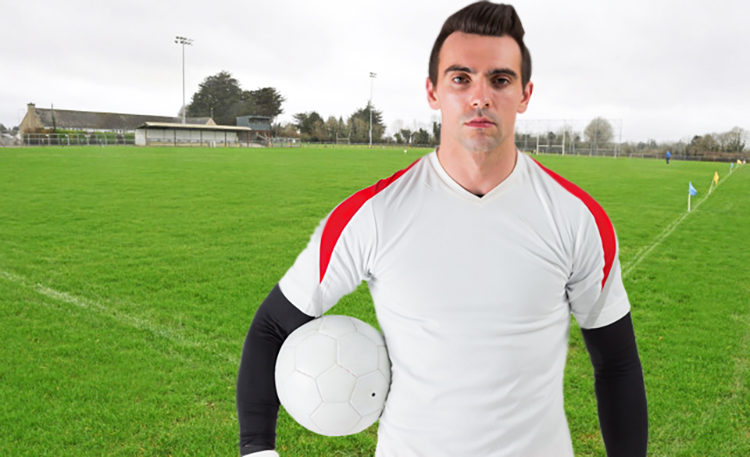 THE match-making shoulder of a Waterford GAA club star has been insured by Lloyds of London for a whopping €10m, the most lucrative policy in GAA history since Paddy ‘The Hacker’ Kernan had his fists insured for 500,000 old punts.

Dermot O’Manlan, 23, had his shoulder covered by the specially-written policy to ensure his club Kilmactannogue Kickhams would not lose out should O’Manlan be unable to carry off any of his patented ‘heavy deadeners’ – a devastating, full-back annihilating shoulder tackle that has yet to get him a single card from a referee.

“Our strategy for years has been the same, get the ball to Dermot, he’ll make a beeline for some poor unfortunate and lay the shoulder into them, possibly to the point where they have to come off with an injury, we scream ‘fair shoulder’ and the ref says play on,” said a source close to the club.

“It’s like magic, or hypnosis. Even when there’s a lad on the ground, clearly pole-axed, the ref just accepts that it’s the result of a fair 50-50 exchange and we romp to victory. So, of course, you want to make sure you look after that shoulder. If Jennifer Lopez can insure her arse, Dermot O’Manlon can insure his beefy right shoulder. Believe me, you don’t want to have to ask him to use his left in a tackle – I’ve seen it and it’s not great”.

O’Manlon himself was unavailable for comment, as he was busy training for the new season by walking down the street like your man from The Verve, just banging into everyone he passes.