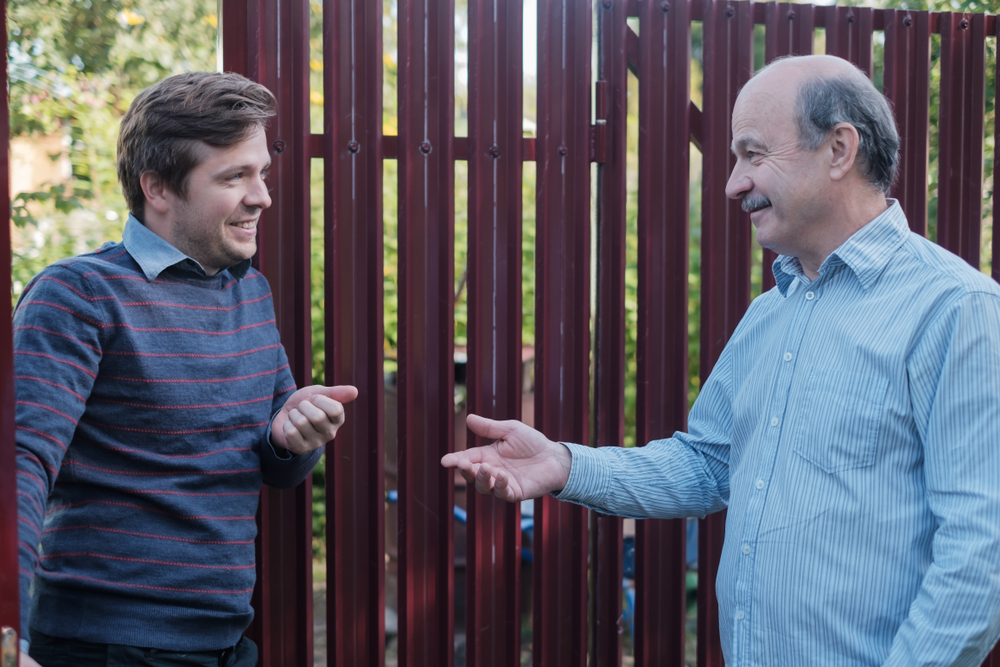 TWO neighbours with long standing grudges against one another have set aside the pettiness vitriol and decided to bond over what a massive dose the new fella who moved into no.33 is, WWN can reveal.

John Chambers and Alan Rennals had avoided talking to each other for much of the past decade over to a disagreement over a fallen fence in 2011 but struck up an unlikely friendship due to the absolute gall of newcomer to the area, Colm Kelton.

“The. Fucking. Head. On. Your. Man,” Rennals said to Chambers early Monday morning, shocking even himself that he would consider talking to such a stain on his life, however, Chambers responded in kind by pointing at the 212 car belonging to new boy Kelton and concluding he must be a drug dealer.

“This place has gone to the dogs, not like when we moved in,” a wistful Chambers added, both men deciding to completely ignore the shouting matches they had years ago which prompted one busybody to call the gardaí.

“I get a real bang of ‘will leave the bins out all day in the middle of path’ off this new fella, just no decency at all. He won’t be added to the neighbourhood watch WhatsApp I’ll tell you that much,” Rennals added.

“By the looks of him he’d be the one robbing us,” responded Chambers to much laughter as the men’s animosity to one another thawed completely suggesting a new pastime of gossiping mindlessly about Kelton.

“The missus says she saw his missus in the hairdressers last week, if she was any more stuck up they’d need the fire brigade to free her. Mind you, he’s definitely punching above his weight there, head on him like a burst sausage,” Rennals said moments before the men shook hands and promised to offload years of anger towards one another onto their newly appointed nemesis.