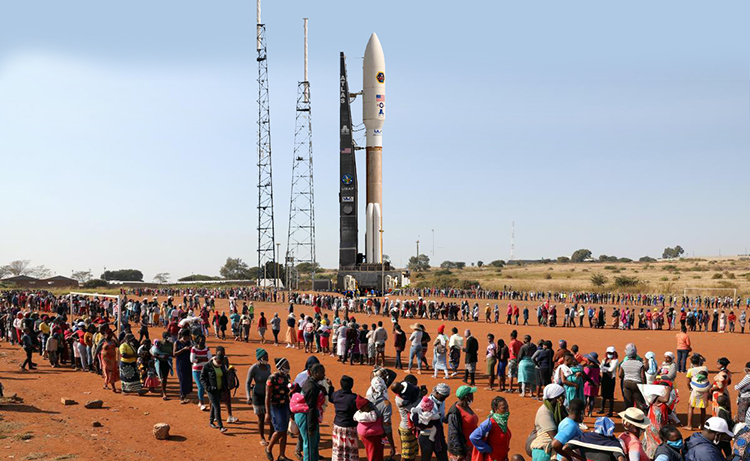 CALLED to task on their egotistical space race amid an ever-growing divide between rich and poor, the world’s billionaires have agreed to join forces and end world hunger once and for all, WWN can report.

The conglomerate of tech, science and financial billionaires announced this week they are planning to develop one-way trips to space from strategic locations around the globe and will launch tens of millions of starving people off the planet, eradicating hunger for good.

“We have already begun constructing launch pads across the African continent,” Tesla CEO and founder Elon Musk told a packed press conference yesterday afternoon, “we’re going to call this project StarvLink, and hope to shoot a half a million third worlders into the stars by 2023”.

Funded by lucrative government contracts, StarvLink’s collective of billionaires have humbly asked the world not to thank them, with many stating that they just want to do this for the greater good of mankind.

“Imagine going from being starving in a desert with thousands of people, to being blasted off into space with thousands of starving people; I’m starting to well up thinking about how generous we all are in doing this,” said a teary eyed Jeff Bozos, simultaneously high fiving Richard Branson, “that moment when they look back at earth and realise the amount of vegetation, mineral resources and vast utopian cities lighting up the dark skies will surely bring it all home to them – equality is only for the rich”.

With an estimated 690 million people currently classed as undernourished and desperate for food, StarvLink is expected to take 4 years to totally eradicate world hunger.

“The world can thank us later, but for now, let us focus on getting the poor off the planet,” the billionaires stated, sparking a lengthy round of applause by themselves, for themselves.