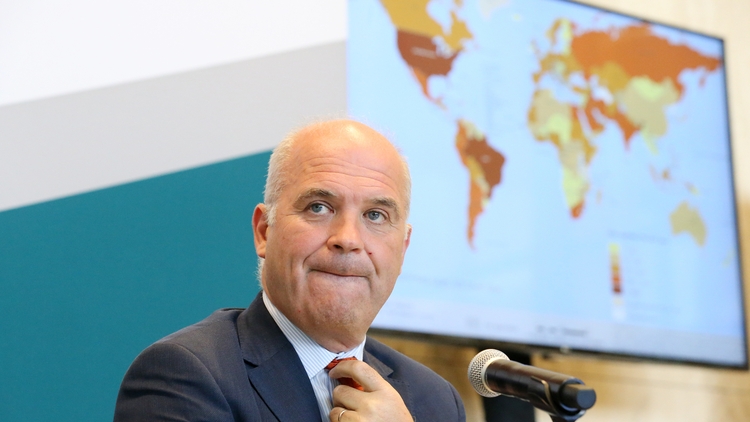 AFTER ANNOUNCING their final live briefing gig before they go into ‘surveillance mode’, tickets for NPHET’s swansong have sold out in a matter of minutes, WWN can reveal.

The demand for tickets to everybody’s favourite Covid monitoring public healh group is such that ticket reselling sites are already listing seats for the late October gig for as much as €5,000.

“Ah shite, I thought they’d always be gigging so I never made my way into one of them, now I’m kicking myself,” said one eager NPHET fan, who hoped the high demand could see the final gig moved from the Dept. of Health to the Three Arena.

“I was queuing since midnight last night, there was no way I was missing Tony, Ronan and the lads in their prime,” shared one lucky ticket holder who reported that they only got into 8 socially distant fights in the queue before handing over cash to Ticketmaster.

Little is known about the final gig but it is believed NPHET will perform on the rooftop of the Dept. of Health and belt out all the classics so no fans feel short changed.

Some doubters, now proven wrong, had speculated that the gig final would struggle to sell as the public began to find NPHET’s output repetitive with the band unable to capture the magic of the early days.

“Once they play ‘the Irish people have made extraordinary efforts’, ‘lockdown’, ‘ if this trend continues’ and ‘ICU capacity’ I’ll be happy,” offered one fan, covered head to toe in NPHET merchandise.