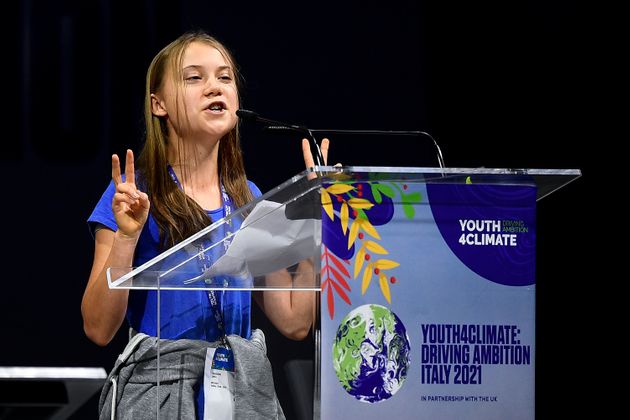 “Finally, she’s getting the fact that she and her peers are proverbially pissing against the wind,” replied French President Emmanuel Macron, after being called out on his bullshit, “it took her a while to realise, but hopefully now she will get it“.

Mocking the promises made with ‘blah, blah, blah’, Thunberg appeared deflated in the knowledge that unlike the world’s climate, world politics will never change.

“She’s had the angry stage a few years ago and now we’re seeing the acceptance phase,” a psychological expert made of the teenage Swede’s speech, “she’s coming of the age now where the realisation that the world is so fucked beyond repair that she’s about to enter the ‘fuck it’ phase – she’s young, God love her, she’ll come round soon enough, like the rest of us, and give up on trying to save the planet”.

Thunberg was speaking at the Youth4Climate forum, an event held weeks before dozens of world’s leading politicians convene in Glasgow for the high-level COP26 climate talks in November, where they are expected to make a load of more promises that they will renege on again.

“I suppose it’s great to see young people so concerned about the climate crisis before they all get worn down by bureaucracy and divisional politics designed to maintain the capitalist Western regime which is designed to show zero regard for anything other than making the rich richer and the poor poorer,” one observer concluded.