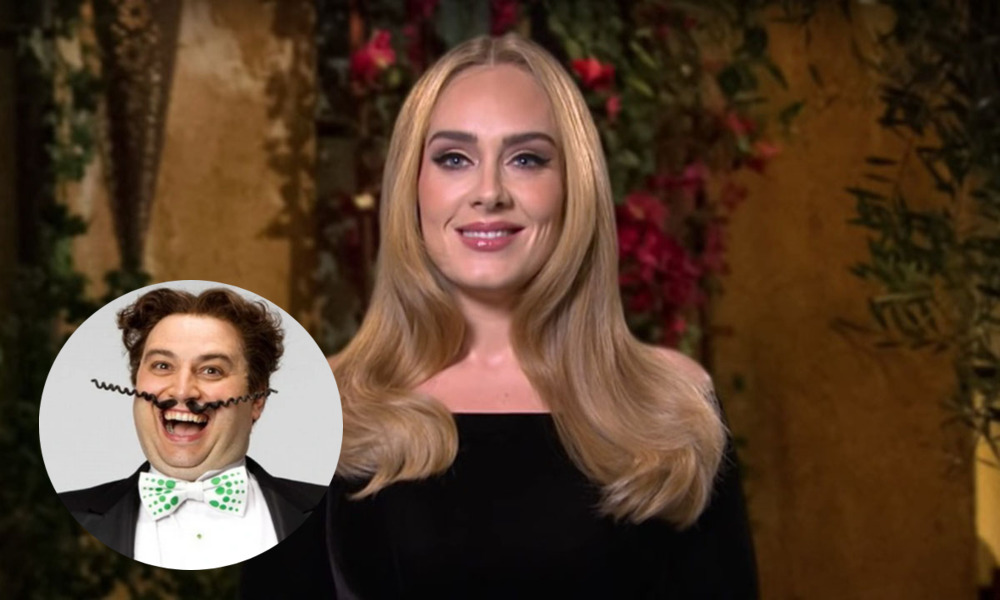 WITH A NEW album on the horizon, a purported leak of the tracklist, which includes a cover of iconic insurance ad bop ‘Go Compare’, has led Adele to open about what to expect next from her in this exclusive interview with Waterford Whispers News.

“You’ve got to push yourself as an artist. Could I have gone down the rap route? Yeah, but that’s beyond obvious now. TV ad Opera? No one would have seen that coming,” Adele shared, in a Zoom interview from her recording studio where she’s putting the finishing touches to her much anticipated new album.

“Theme and lyrics as well – I feel I need to move past that label of a ‘break up song’ artist, and I suppose with ‘Go Compare’ I’m saying, you can’t pigeonhole Adele, y’know. Sure, I can sing about heartbreak but I can also sing about a desire to get a decent quote on your car insurance and that’s a really universal theme everyone can relate to as well”.

A moving and uplifting paean to the search for competitive no-claims bonus car insurance, Go Compare is familiar to many fans of the UK music sensation but is she afraid the cover won’t translate to other markets including the US.

“I feel people are never ready for the next evolution of an artist until the artist forces the audience to go on that journey with them, take Miley, Ariana, Cardi and Beyoncé for examples. It’s high time female artists weren’t restricted to just sex and heartbreak songs, even though there’s nothing wrong with that. Some have gone political but nothing gets me more passionate than insurance cover,” beamed Adele.