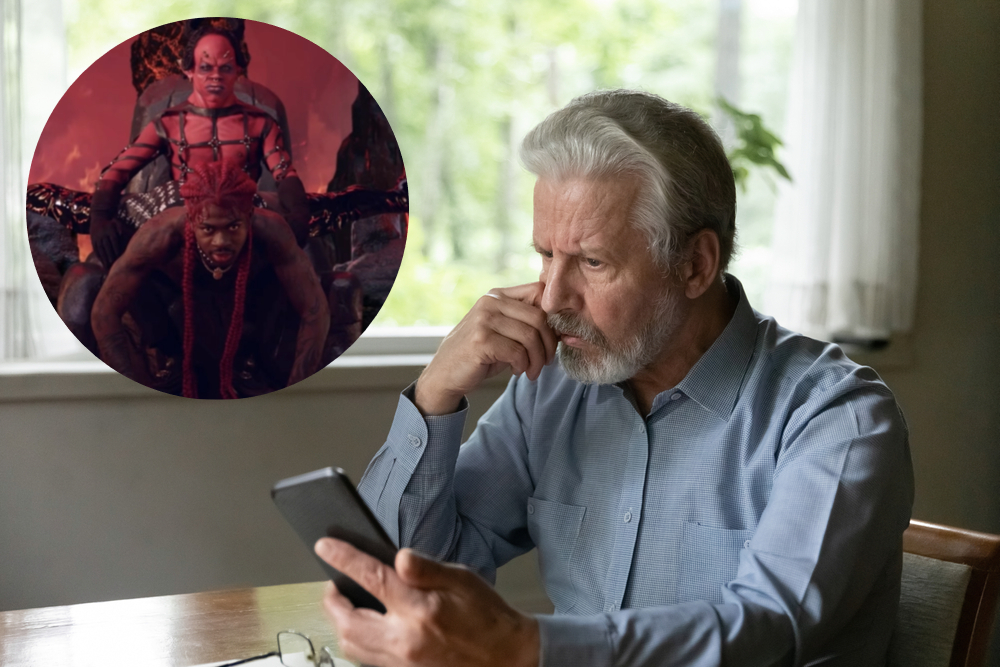 THE MCCARTON siblings are on high alert after the release of Lil Nas X’s new video for ‘Montero’ which features the Old Town Road artist giving Satan a lap dance.

“We’ve made the mistake of showing Dad stuff like this and filming him for his ‘hilarious’ reactions. But they never end up being the ‘good viral video’ style of things if you catch our drift,” explained eldest sibling Ciara, who has had her eyes trained on her father, Martin, any time he receives a new WhatsApp message or has a scroll of Facebook for fear he’ll be introduced to the furore surrounding the video.

“He’s just about accepted us watching Graham Norton instead of the Late Late Show, he’s not ready for anything like this”.

“Like to you or I, it’s a just your average run of the mill oversexualised pop video with Satan getting a chubby, but to Dad…,” added youngest of the family Róisín, fearing the words she could never unhear that would inevitably leave her father’s mouth.

“God, we’re going to have to burn his phone, the laptop and disconnect the TV but we’re absolutely fucked if it becomes a topic on Joe Duffy,” confirmed Ciara who has no idea how she’d make all 7 radios in the house disappear without her father noticing.

The video, which is proving highly controversial with people who haven’t seen a single music video or piece of culture in over 50 years, contains the sort of unashamedly positive expression of queer sexuality that will likely be a red rag to a bull for the siblings’ father.

“Ciara, I know I’m going to sound crazy but what if we blind Dad by throwing acid at him or…or….” a panicked Róisín said as in the distance the opening strains of Montero were heard coming from inside the good room.