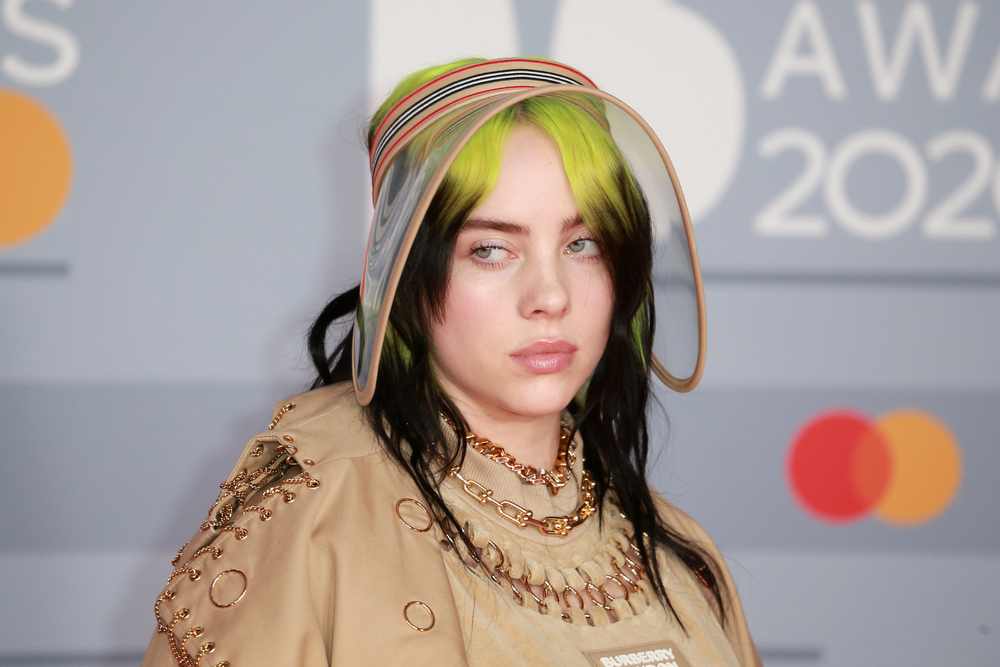 SINCE appearing on the scene at the tender age of 13, singer Billie Eilish has won over legions of fans around the globe with her chart-topping albums and her acclaimed live performances. As her new documentary ‘The World’s A Little Blurry’ hits our screen this weekend, we ask; isn’t it time to bring this fairytale to a grinding, bitter end?

“Billie is a once-in-a-generation artist, beloved by fans and critics alike. She’s smart, confident, and talented. And that’s not something we like” said Agustine Convallo, head of worldwide talent destruction at online news outlet GMZ.

“At her age, we were already working on turning Britney Spears from a bubblegum pop princess into used-up bed-hopping crazy person, but you have to understand that was a much different time. Nowadays, everything is instant online, we can’t just show one photo of Billie falling out of a nightclub and print ‘Eilish Outta Control’. In fact if Billie ever does fall out of a nightclub at four in the morning, she’ll probably post a photo of it herself on Instagram. That’s what we’re up against here; our job is infinitely more difficult that it used to be. Fuck, I’m not even sure if this kid drinks or not”.

The campaign to take the songstress down a notch or two picked up steam last year when Eilish scored the coveted role of singing the theme song to the new James Bond movie, prompting a battalion of middle aged men to attempt to tear her down with targeted ‘never heard of her’ comments under all articles on the subject.

These posts were quickly laughed out of it by both Eilish fans and non-doses alike; something that Convallo says is becoming an increasingly difficult hurdle to get over when trying to destroy a young female artist.

“But we can’t just sit back and let the natural order of things be disrupted. There’s a cycle to all this; we ride the wave of fame that comes with a hot new artist, then we ride the wave of fame as we grind them into the gutter. We’re thinking long term here. We need to be able to be here in 10 years time with articles like ‘Remember Billie Eilish? Here’s what she looks like now’. Jobs are at stake here”.

Outside the media landscape, a large section of the ambivalent public has a much simpler goal, itself as old as time.

“I’m not a Billie Eilish fan, don’t know much of her work and I’m not sure I even find her attractive. But God damn, when am I going to see that body?” said one middle aged man we spoke to.

“Her style is hoodies and jeans and that just doesn’t sit well with me. Where’s the Rolling Stone cover where she’s in a pair of hotpants and a bra top? Where’s the music video where she’s grinding on a topless dancer? This Billie Eilsh, is she ever even going to French kiss a woman at an awards ceremony? I mean, what the fuck is going on here. I think she needs to understand what people like me want, get with the program or just get gone. There’s a thousand singers that would love her success who wouldn’t hesitate to show up in a wet t-shirt to a Make-A-Wish meet ‘n greet if their agents told them to. Eilish can’t have it all her own way”.

To the chagrin of all concerned, Eilish has stated in interviews that she’s content to focus on her music and her art for now, and not worry about any of the trapping of celebrity that others find themselves caught up, and eventually drowning in.

“We’ll see about that” fumed an angry Agustine Convallo, issuing forth his army of paparazzo to get him any dirt on the 19-year-old they could.

“I want a shot of Billie Eilish shouting at one of you before the night is out, I don’t care if you have to spit in her face to get it, just get me that image!”.

Convallo then turned his attention to writing headlines such as ‘Billie Eilish; are the cracks appearing?’ and ‘Billie Eilish and her family; the real truth slowly emerges’, just to have them ready.

“Write a sick beat to go under this, bitch”, he cackled.