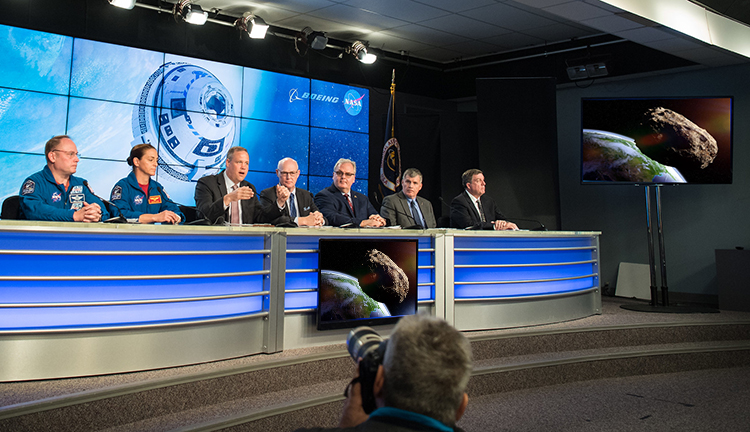 NASA scientists have tonight pressed the Earth’s forehead up against the barrel of an intergalactic proverbial gun and goaded whoever’s holding it to pull the trigger after a disappointing year full of near-misses from asteroids skimming past the earth, WWN can report.

“If you have any stones whatsoever, then just do it!” screamed one NASA astronomer at a press conference briefing image of incoming asteroid 2018VP1, which is due to pass ‘very close to the earth’ just one day before the US 2020 elections and ‘has 0.41 percent chance of hitting the planet’.

“Go on then give us your best shot; crater us, dinosaur us, get it over and done with if you think you’re hard enough!” another NASA official chimed in, taunting a press image of the asteroid in anticipation of finally reaching the end of humanity, “If not, then just sit your pathetic pebble ass down and let a real comet have a go”.

The space agency, along with the rest of the fed up world at this stage, were left disappointed earlier this year when a skyscraper-sized rock known as 2002NN4 took a ‘swing and a miss’ at the planet, with hopes now remaining high that the new celestial body is feeling ‘proper hard and wants some’.

“Hopefully this is not another small-dick, chickenshit loser like 2002NN4,” shouted irate NASA astronomer Professor Henry Jenkins at the ceiling above before aggressively ripping off his shirt and pointing at the sky, “I’ve seen some piece of shit asteroids in my time, but you 2018VP1… you don’t look nothing special to me, boy!”.

Following today’s NASA conference, asteroid 2018VP1 has since changed course, passing instead through a safe course and missing the earth like a little wimp.