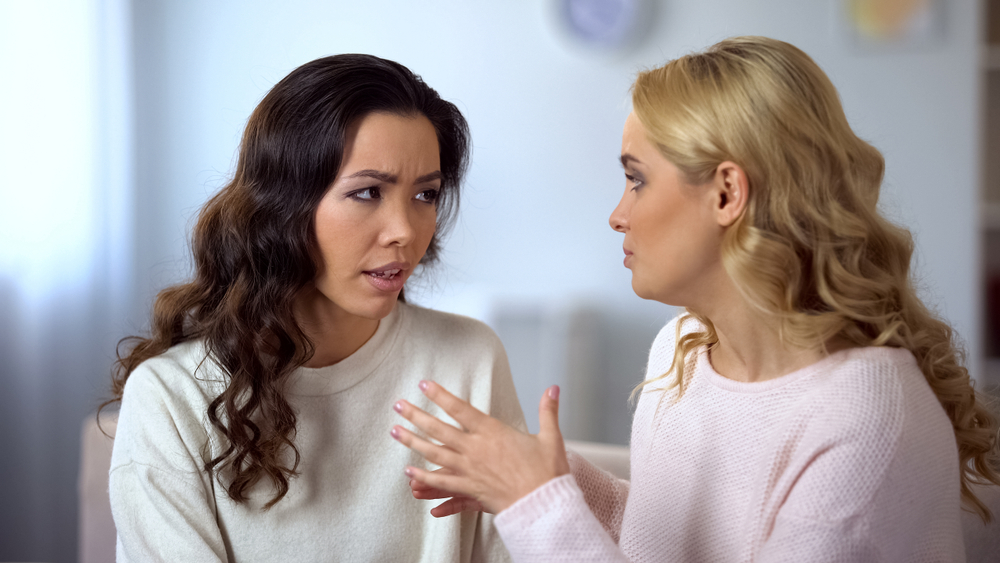 HAS YOUR fun, always-up-for-the-craic friend been engaged with a partner in a loving, rewarding and stable romantic relationship, leaving you with no one to properly go on the pull with?

Is it now time to consider the nefarious option of plotting to break them up, because c’mon, your friend’s a stunner and is always good for attracting lads on nights out, but she’s no use to you if she’s at home on the couch building a lasting connection with her boyfriend who she loves dearly.

Instead of striking out on nights out, now’s the time to act out and break them the fuck up so you can get the old Penis Patrol back in business. Here’s how you convince your friend to break up with her boyfriend who’s just getting in the way at the end of the day:

“Have you ever thought you could do better than him?” – plant that seed of doubt in your friend’s mind and watch the boyfriend doubting tree sprout and grow to the size of a Californian Redwood.

2) “You were more fun when you were single”

Is it true? No. Is it hurtful? Yes. Will you do anything to increase your own chances of getting the ride alongside a wing woman who is single and wants to stay until 6am? Also yes.

Okay, so it’s a good look and you will lose your dignity, but side note: openly begging for her to go out 5 nights a week and tear it up, surviving on a diet of 4am kebabs, will be worth it.

If she’s not willing to listen to reason, maybe she’ll listen to treason.

Here comes the easy part: buy and plant a fake Russian passport ‘belonging’ to your friend’s boyfriend in their apartment and watch their relationship disintegrate before their eyes. A photoshop of him playfully wrestling with Vladimir Putin wouldn’t hurt either. And obviously place an anonymous call to the relevant security authorities.

Here comes the hard part: trying to get her to stop crying long enough to get her out on the dance floor to slut