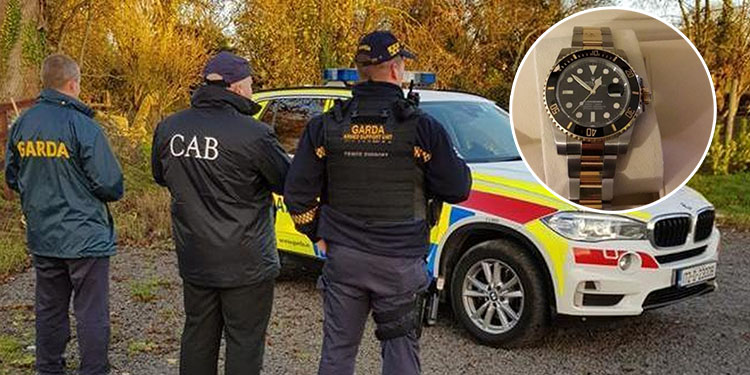 THE Criminal Assets Bureau has confirmed it will open a second hand Rolex store in Dublin City centre in an attempt to shift dozens of Rolex watches it has confiscated over the years from criminal gangs.

“Since targeting gangs around the country we have accumulated so many Rolex watches that we have no other option but to open a three-story second hand watch store in the hopes of shifting them,” a CAB spokesman said today.

The €7.5mn euro a year bureau will open the aptly named Criminal Assets Boutique on O’Connell street in June and is expected to make hundreds, if not thousands of euros for Irish revenue from the proceeds.

“It’s great to be able to justify our existence and slap Irish criminal gangs where it hurts – on the wrists,” the spokesman added, “we’re like their tax man; we know what they’re at, but instead of stopping their activities, we take our cut – it’s a win win for everybody, really”.

The Criminal Assets Bureau was established to focus on the illegally acquired assets of criminals involved in serious crime, giving them special powers to confiscate criminal assets, thus putting a halt to crime as we know it.

Meanwhile, multi-billion euro drug cartels operating freely in Ireland have labelled the new store as an insult, stating that they may have to dismantle their operations on the island if CAB keep taking away their shiny things.

“With so many of our staff now without expensive watches to tell the time, we will have no other option but to quit crime for good,” scoffed one criminal we spoke to today.

CAB is expected to also open up a peanut store later in the year.