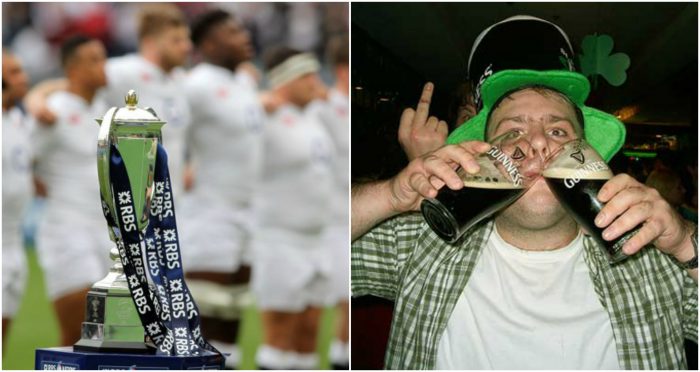 WITH the very real possibility Ireland’s rugby team could beat England in the 6 Nations on St. Patrick’s Day to win the Grand Slam, revelers have been warned to reevaluate and adjust their piss up plans accordingly if an Irish victory was to materialise.

While leading experts in sessions and drinking to excess have made it clear they are aware many people will down countless pints, given that it is St. Patrick’s Day on Saturday, they have cautioned that were Ireland to achieve a Grand Slam, people should more responsibly plan their irresponsible drinking.

“We’d hold off on the shots until after the game, you know the way you can get swept up by everyone else cheering and celebrating a win against England, so it’s better to only drink much more than you initially planned directly after an Irish win,” explained experienced sessioner, Alan Jarley.

Overenthusiastic St. Patrick’s Day celebrants have in previous years done lasting damage to their liver well before an exciting rugby victory for Ireland occurs, leaving them no choice but to greet such good news with the decision to further punish their fragile and overworked vital organ.

“I’d just be patient, you’ve told yourself that no matter what, you’re going to get fucked up and ultimately piss the bed, but why not just hold off on really going for it until you have a victory against that prick Eddie Jones to fuel the drinking,” added Jarley.

Rugby and drinking fans have been reminded that if England rain on Ireland’s parade, they may have to reevaluate drowning their sorrows, bringing forward their planned incomprehensible mutterings, shouting and tears by several hours.