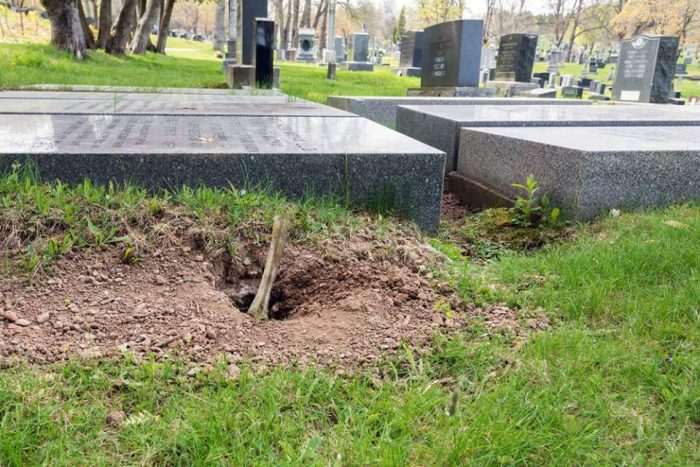 REPORTS from several British news outlets have confirmed that the coffin of former British Prime Minister Margaret Thatcher is in serious need of repair after the corpse occupying the plot became aroused after finally learning of plans by the Conservative party to further consolidate its power in an effort to impose its policies on the public.

“The whole thing will need replacing, it’s been shattered by the force of a blunt instrument right in the middle of the coffin,” explained a grounds keeper at the cemetery where the former Conservative leader is buried.

It is believed current PM, Theresa May, instructed an aide to attend the Thatcher’s graveside in order to relay the good news that May herself had masterminded a snap election, which could ultimately see the dismantling of the NHS, and a clear mandate for the Tories to continue cutting essential public services while loosening regulations on corporations.

“Oh, she would have bloody loved that,” confirmed one longtime Thatcher supporter, who beamed at the news of her potent erection.

“It’s just a shame she won’t be here to see the police beat the ever living shit out of anyone who protests whatever punishment the Conservatives have in mind for the poor once the election is over,” added the supporter, who praised PM May’s decision to pretend the election is all about providing her party with a clear mandate for Brexit negotiations.

“We’re already saving £300 million when we leave the EU, imagine what we’d save if we didn’t spend any money on the NHS at all,” concluded the supporter.

Cemetery workers have expressed concerns for their own safety were the Conservatives to attempt to reintroduce the Poll tax or abolish the Human Rights Act, stating “the erection upon hearing that news would be hard to contain, the damage truly irreversible”.