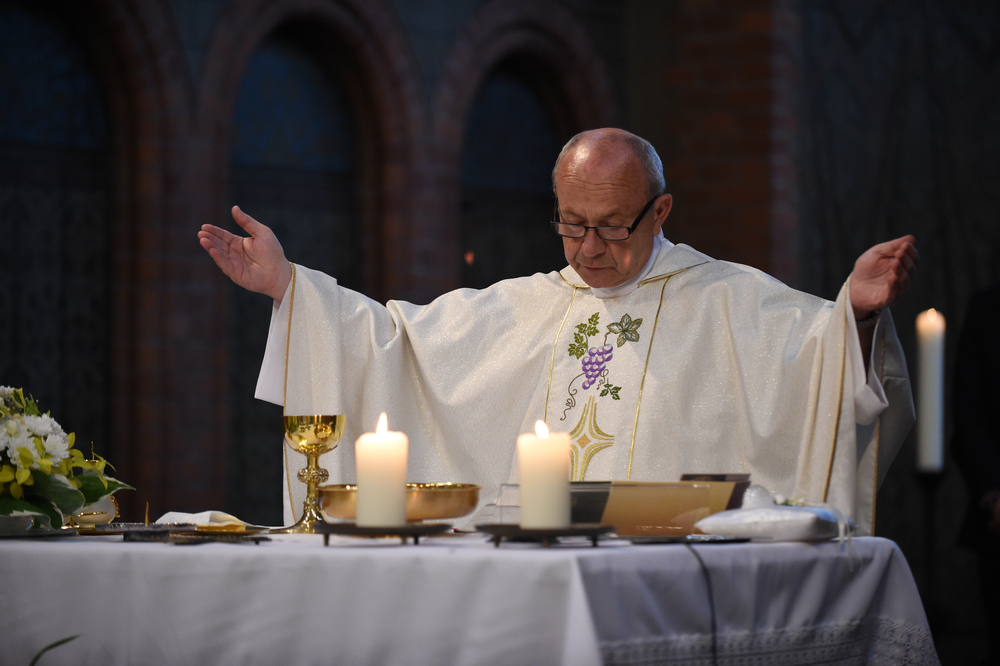 A PRIEST, foregoing the unsteady truce between the clergy and Christmas mass goers, which involves pretending that he recognises everyone in attendance, has confirmed that it was ‘nice of you fuckin’ sin-soaked heathens to show up I suppose’.

Spitting on the floor in their general direction, Fr. Willy Macken told parishioners of St. Declan’s church that they are ‘free to take the piss by putting your best Holy heads on’ but that he then reserved the right to ‘call out the fuckers who wouldn’t know a prayer of the fateful if it bit them in the arse’.

“Some of you are clearly just here, dressed up to the nines so that your ex girlfriend or boyfriend can catch sight of you and think ‘oh, fuck I miss them’ but you know what, fuck the lot of yous,” Fr. Macken added, deviating from Pope Francis’s Vatican approved Christmas mass script.

Fr. Macken, keenly aware of the fact that almost everyone in attendance had lost interest in the mass once he mentioned Jesus, religion and general holiness, rushed through his service as he confessed to having ‘about as much interest in this charade as you future Hell dwellers’.

“I had to buy extra communion wafers for you ungrateful pricks, and you can’t even be bothered to give Silent Night a proper go,” Fr. Macken added, disappointed by the mumbling chorus of Silent Night from parishioners who had one eye on the time, keen to slip off to the pub for pints.

Fr. Macken’s patience finally ran out when one mass goer, confused by the communion wafer he just received, mistook the ritual for Ash Wednesday, placing the wafer on his forehead.