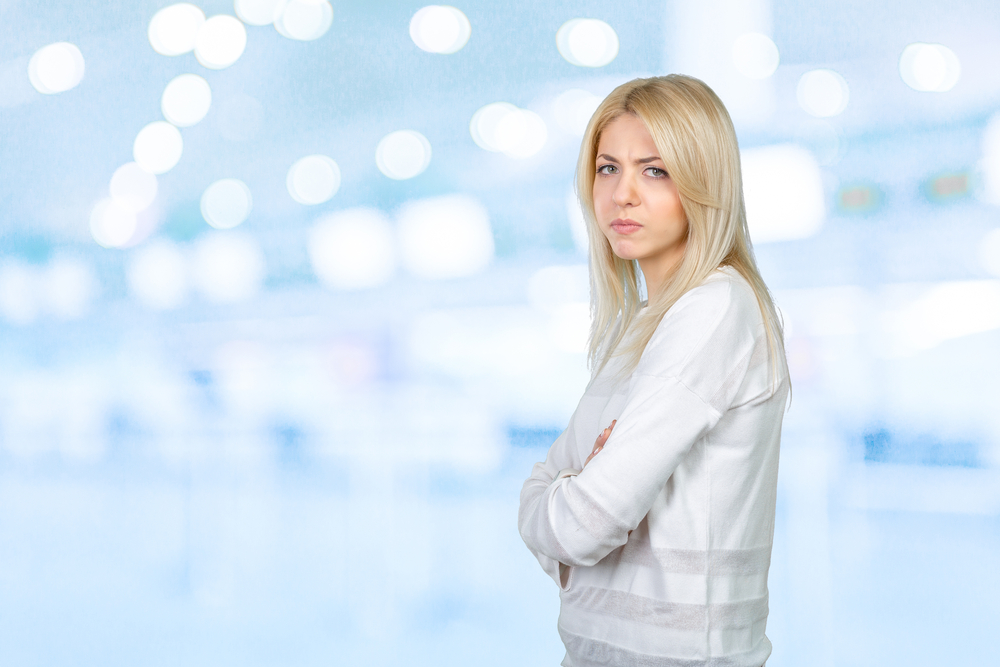 AS part of WWN’s Opinions series, we give a voice to people who really don’t deserve it. This week, columnist Eve Goran can’t believe you’re still falling for her shit…

Guys, c’mon, we’ve been here before. It’s pretty clear I don’t believe a word coming out of my own mouth so you shouldn’t either, but God bless you, you’re still falling for it.

I Googled myself there this morning, thanks for all the help. You can’t stop yourselves, can you? While I appreciate some of you think I’m insidious, privileged, vile, classist and ignorant. The truth is actually far worse than that – I’m making it all up.

And you fucking idiots fall for it! (See, I don’t even believe that, God love you, the media seems to spend all its time inviting you to get angry at things and it’s hard to fight it, I’m just about old enough to remember when the news was just about news and boring stuff like that).

I’d tell you to stop, but the media offers are rolling in so I’m not going to do that. To be honest, I’m already thinking of my next target to disingenuously attack, hoping against all hope I can benefit from your genuine distaste for the opinions I pretend to have, just so I can keep getting work.

Each and every time I say disabled people aren’t real people or that homeless people should be shot, or suicidal people should cheer up, I need to let you in on a little secret: I’m taking shite.

That’s right, I don’t actually believe a word of it, but since many of you aren’t in the media game I’ll have to let you in on yet another secret, and that is that no one fucking cares, I’ve actually been rewarded for it. As long as I’m taking up some bullshit controversial opinion, I don’t really hold on a subject, I will continue to get jobs.

The ironic thing is that these days, much of the work my employers do is basically trawling the internet waiting for a member of the public to slip up and post something on Twitter, that may be considered offensive, and then they pounce, encouraging readers to shit on that random member of the public. If they’re really doing their jobs, that person’s life ends up in tatters all in the name of deceitful and delusory moralising.

The same legends are probably going to bump up my pay if I write something about how women who have abortions should hang themselves – and I don’t believe that, that’s actually a horrible thing to say, but I’ve got the perfect mix of zero integrity and a zeal for opportunism to make it work out for me. I also haven’t felt anything approaching a genuine emotion since 2008.

The content of what I say is irrelevant, what is important however, is that I say something that will bring about a controversy. You see, this will allow me a follow up article in which I defend whatever half-hearted shite I’ve been spouting. This keeps me current, and thus my name means something. Give it a year or two and I’ll have my own show, once RTÉ gives up on Vogue Williams and whatever documentary she is making (met her in Krystal once, lovely girl). I’m thinking I’ll live with travellers for a weekend or something, and I’ll tut loudly a good bit and roll my eyes to the heavens. You’ll hate it, and my bank balance will love it.

My follow up article is pretty simple and if you’ve been paying attention you’re already way ahead of me, but I’m thinking this time I’m going to go for the Holy Grail of follow ups. Normally, I pick from one of the following retorts; ‘oh, here come the outrage junkies’, ‘people need to take responsibility for their own actions’ or ‘trolls are attacking me because I’m a woman’. This time out, I might just combine all three.

Anyway, see you all again in a couple of months when I pretend to care about some other shite, cheers.