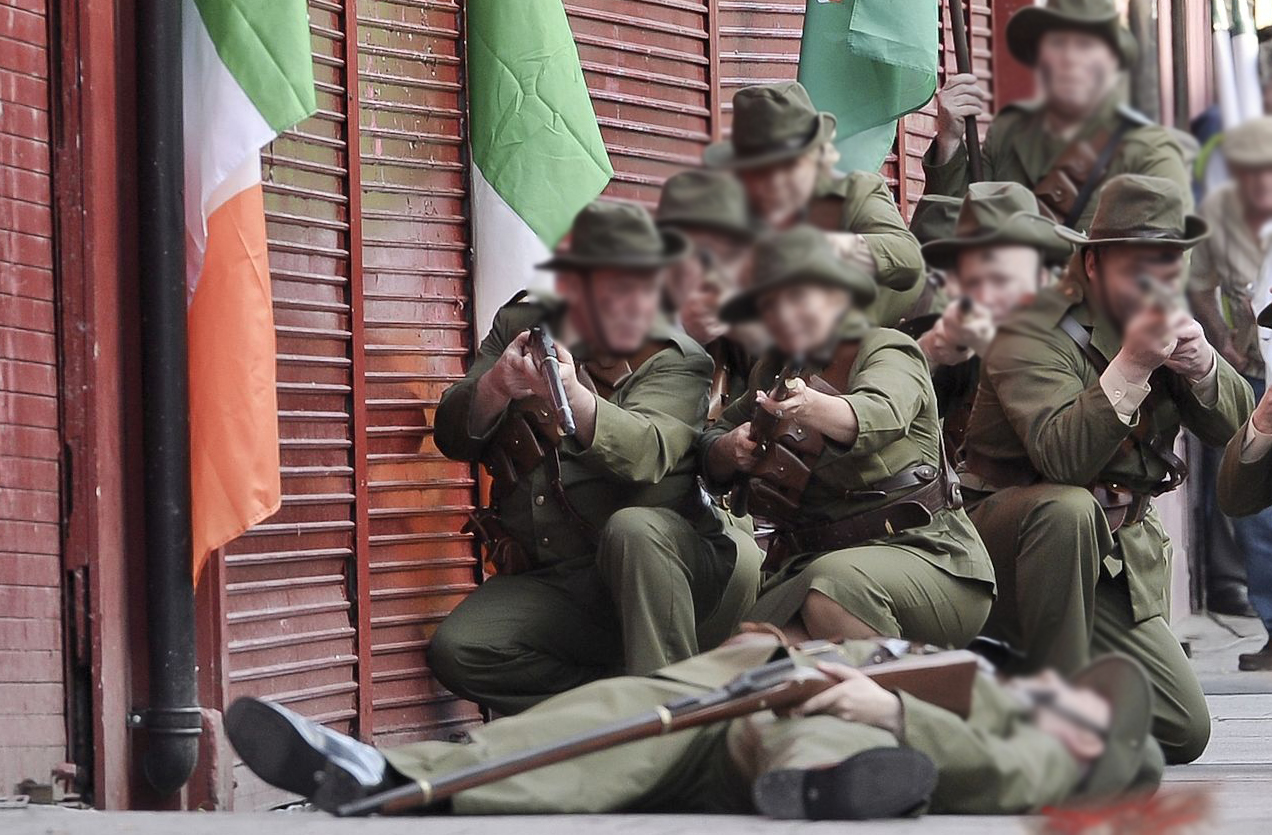 EMERGENCY services have closed central Dublin this afternoon after a band of Easter rising reenactment volunteers gunned down dozens of innocent people, leaving 24 dead and many more injured.

What was to begin as a reenactment of the 1916 rebellion, turned out to be Ireland’s first mass shooting on the 100th anniversary of the Easter rising.

“They opened up on Temple bar first,” an eyewitness told WWN. “Everyone thought it was a joke, but the sound of bullets hitting bodies soon delivered the unwanted punch line. They targeted British stag parties, but quite a few Irish people were hit too, which is a fairly accurate reenactment when you think about it”.

It is understood the group of part-time actors, who were dressed in rebel costume and carrying live weaponry, began shooting at 10:35am, before unsuccessfully making their way to the GPO in an attempt to replicate the rebel rising from 100 years ago.

“On one hand, the reenactment went very well indeed, but on the other, the unfortunate death of all those innocent people was probably unnecessary.” organiser Tom Partridge told WWN. “I really don’t know what happened, they just seemed to have gotten carried away with the whole thing. I knew it was a bad idea to use live ammunition in the rifles. My bad”.

Gardai have since locked down the city centre, as several reenactment actors are still at large and defending a position at Moore street.