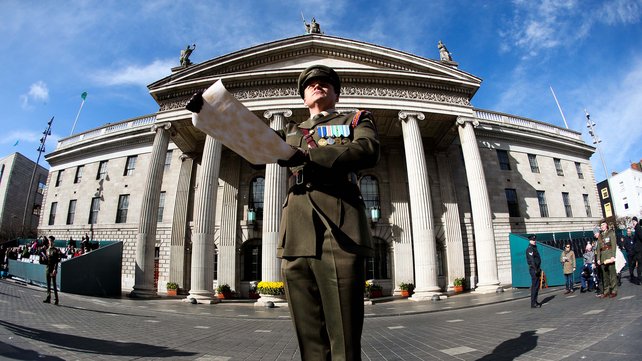 A NEW set of nationwide commemorations has been announced for next week in the wake of Easter weekend’s successful 1916 Centenary events.

The sombre and harmonising scenes witnessed on the streets of Dublin especially moved the Nation, prompting calls to commemorate this past weekend’s commemorations with a commemoration of its own.

“Planning is at the early stages, but we feel there is a need to honour the people who made the arduous journey into town to watch the parade,” confirmed head of Remembering the Remembrance Oisin Farrelly.

“Of course we will have some live performance pieces of people sitting on couches who courageously switched over to RTÉ on the day to watch the 1916 commemorations. All in all, it’s set to honour the sacrifice people made by taking some time out of their day. Very moving stuff,” Farrelly added.

Countless RTÉ presenters are expected on next Friday’s Late Late Show, dressed in the type of clothes people from last week would have worn, giving us a better insight into how life was last week in Ireland, during the time of the commemorations.

President Michael D. Higgins will leave a number of wreaths at the same exact sights he laid out wreaths just last week.

Additionally, as is required according to Irish law, there will be some Irish dancing taking place somewhere too.