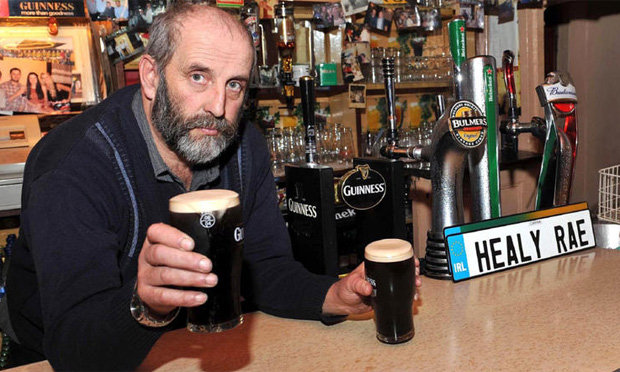 KERRY publican Danny Healy-Rae has placed a total ban on protocol droids or astromech units of any sort in his Kilgarva pub, much to the disappointment of the film crew currently shooting Star Wars VIII on Skellig Michael.

“Your droids, they’ll have to wait outside,” bellowed Healy-Rae, Kerry councillor and member of the powerful Healy-Rae dynasty.

“We don’t serve their kind in here,” he added, forcing members of the film crew to abandon the expensive robots on the main street while they headed in for a night on the beer.

The ban on droids came as a shock to the cast and crew, which includes Luke Skywalker himself, Mark Hamill.

“Given the types of people I saw in that bar, you have to wonder why he wouldn’t let an R2 unit in,” said Hamill, who has been spotted recently drinking a pint of Guinness in an Irish bar, guaranteeing himself a place in the Celebrities Being Irish hall of fame.

“It strikes me as the kind of place you’d have to work hard to get barred from. Still, this Healy-Rae guy doesn’t look like someone to mess with”.

Hamill and his film crew pals later ran afoul of one of the bar regulars, who began issuing threats before being subdued by an older gentleman who chopped his arm off with a slash-hook.