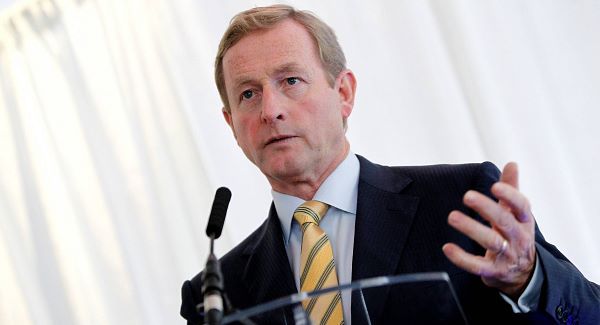 THE Taoiseach Enda Kenny has yet to deny explosive claims made by a Mayo farmer in a new book, as the international fallout from allegations relating to British prime minister David Cameron continues.

Encouraged by the reception that story received around the world, several individuals have come forward with their own allegations against heads of state, past and present, regarding acts carried out on members of the animal kingdom.

Farmer Dinny Flaherty, a Mayo resident, has claimed in a self published 2-page leaflet circulated at evening mass last night, that the Taoiseach became taken with one of his sheep when Kenny was working on Flaherty’s farm as a teenager during the summer.

The farmer has denied the claims have anything to do with his anger at the low price of milk, which is directly affecting his livelihood.

In the explosive, apparently, factual work by Flaherty, the farmer claims the Taoiseach engaged in lurid acts with a sheep, known locally as ‘one of farmer Flaherty’s sheep’, and Flaherty speculates that the Taoiseach did so as he was aware of the rituals performed by the world’s most powerful leaders.

“JFK was forever sticking his lad in things, Thatcher was putting things in her thing, and then there was Bush the second, he got his stuck in something, they had to pull him out. I think he just wanted to be one of them, and sure look didn’t it work, but the bastard still hasn’t sorted out a good deal for me milk,” Flaherty explained while loudly shouting on a street corner in Castlebar.

Flaherty also estimates that it cost him upwards of €10,000 in bills as his sheep had to be sent to an animal psychologist in the years following the incident.

Former Italian prime minister Silvio Berlesconi has also been implicated in similar acts, accused of sleeping with as many as 40 different varieties of animals, an accusation he later confirmed with much pride offering to show the media videos and photos from his private collection.