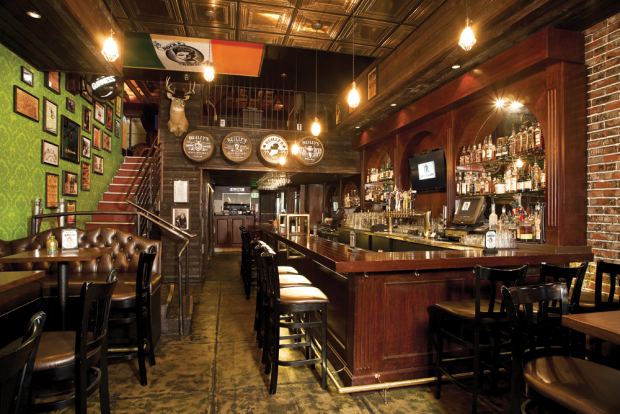 DONAL O’Hara, a long time regular of McGettigan’s pub in Waterford has made a series of accusations regarding the pub’s smoking area, WWN can reveal.

O’Hara a dedicated patron of McGettigan’s is said to have become fed up with the pretence that the 100 square foot ‘smoking garden’ which has its own bar, extensive seating and heating system is anything except an actual room.

Citing the recent demolition of the pub’s old snug to make way for more roofed garden, O’Hara is furious that management are still coyly pretending like the garden isn’t kitted out to look exactly like the old pub pre-smoking ban.

“In fairness, I put up a fierce fight when I heard the ban was coming in back in the day, but we got used to it or so I thought. I’ve only realised now that the owners have slowly been twisting the pub inside out and moving the contents of the old pub all into the smoking area and pretending like nothing has changed,” O’Hara told WWN.

Further accusations meted out by O’Hara detail claims that Noel McGettigan, the pub’s owner had on several occasions bemoaned the fact that customers began to stay away from the pub when the smoking ban was initially put in place in 2004.

“I’ll admit I was probably the first publican to realise that if you throw a roof over a garden and chuck a heater in there, most patrons just stay out there for the night, but Donal’s only talking shite when he says I’ve turned the thing inside out, it’s only a small auld garden,” McGettigan explained to WWN.

WWN has seen the layout of McGettigan’s pub today contrasted with old photos from 2004 and it makes for shocking viewing.

The old pub was a large, vibrant room covered in Waterford GAA memorabilia as well as being replete with big fancy couches and tables, while outside there was just a small 4ft garden. However, today’s pub itself is a measly 4 ft and consists of a concrete floor and no furniture, with just a door leading out to the smoking garden which looks identical to the pub of old.

“See, I told you, sneaky fuckers. I bet ya this is going on all around the country and no one is doing anything about it,” an exasperated Donal shared with WWN, “like the fucking size of the garden, it’s no more a garden. It’s a bloody great big room, plain and simple. They pulled the wool over my eyes, but I finally noticed when they moved the jax out to the garden last week”.

It is believed McGettigan’s is one of 12,000 pubs in the country which are slyly trying to get away with calling their big fuck off state of the art rooms a ‘smoking area’.