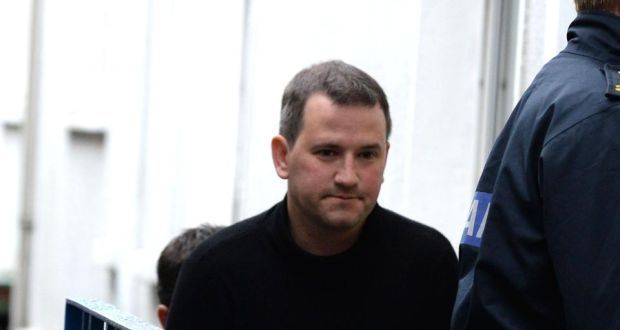 DESPITE the tragic story of Elaine O’Hara reaching its conclusion with the jailing for life of Graham Dwyer, the Irish media have confirmed that they will continue to run stories on the case which shocked the Nation, just for old times’ sake.

Architect Dwyer went on trial for the murder of O’Hara, whose body was found on Killakee Mountain in 2013, before being convicted and sentenced in March. Journalists across the country were initially delighted at being finally able to call Dwyer all the names they had built up over the duration of the trial, although this jubilation was short-lived when they realised they had nothing for the front pages anymore.

The conviction of Dwyer resulted in a drop in newspaper sales across the board, which media organisations will combat by running regular reports on his term in prison, as well as frequent pullout specials on the entire grim affair.

“Yeah, Graham sure did move a lot of newspapers for us, so we’re gonna stay in touch with his story while he’s in jail, just for old times sake,” said Colm McDonagh, spokesperson for the Irish League of Journalists.

“We’re going to go full Joe O’Reilly on this one; anytime we’re stuck, we’ll just wheel out a Graham Dwyer story. ‘Graham Dwyer Under Close Watch In Jail’, ‘Graham Dwyer Receives Dental Treatment Following Cavity’, ‘Inside The Mind Of Graham Dwyer’… pretty much anything at all, really”.

McDonagh went on to clarify that as the families of those directly affected by the murder case represented such a small portion of the newspaper-buying public, their feelings about the continuing coverage would not be considered.