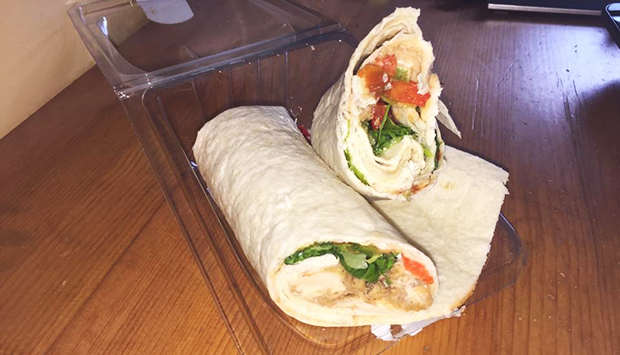 COLLEGE student Kevin Matthews was left feeling disappointed today after purchasing a €3.99 ‘filled’ wrap, only to find it was mostly made of rolled up tortilla bread.

“Filled me fuckin’ hole boi!” exclaimed Matthews upon biting into his mostly floury based lunch. “Robbin’ bastards! I can’t believe I spent four quid on this shit”.

The full-time son of two put back the half eaten wrap into its plastic wrapping, before contemplating returning it to the local shop he bought it in.

“Ah jaysis, the wans in there are sound out an’all,” he told himself, calculating how long he had left for lunch into the time it takes to get to the shop. “They’ll think I’m one of them whingers now if I go back in with it. Sure, I’ll just leave it off and say nothing.”

The cash strapped student discarded the container and its contents into the bin, along with any previous respect he had for consumer rights in this country.

In a recent study, a staggering 98% of Irish people would rather not complain over items they are unhappy with, despite paying 57% more for the produce than their continental neighbours.