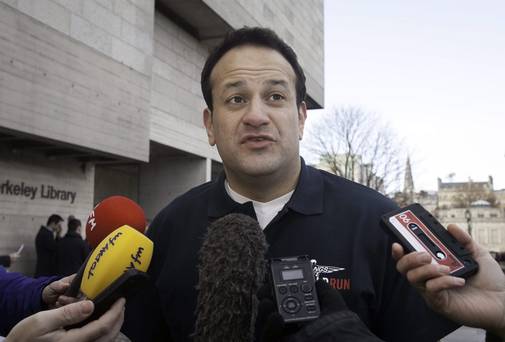 NEWLY appointed minister for health Leo Varadkar said today that he keeps finding “bits of breakfast rolls” around James O’Reilly’s old office and that he still hasn’t managed to get rid of the smell of farts.

Mr. Varadkar first moved his stuff in last week, after a lengthy battle to have the former health minister to remove his belongings.

“I should have been in there four weeks ago,” said the politician, who’s father is Indian, not that it’s any of your business. “Then when we actually managed to get him to move, I found all sorts of crap lying around the place; custard creams, ends of breakfast rolls and even a lump of raw black pudding that seemed to have teeth marks in it.”

Sources inside the health department claim Dr. Reilly’s reluctance to move was typical of his stubborn nature, with the majority of staff members clapping as he carried the last of his boxes from the ministerial office.

“I don’t think there was one person sad to see him go, to be honest,” said Jobsbridge intern Karl Holden, who has been working in the department since 2011. “Reilly’s red head looked like it was going to explode at the time. It was quite a beautiful moment. He still owes me fourteen euro for coffee’s the hungry bollocks!”

The new minister for health also claims to have replaced the main desk in the office due to an abundance of green substance caked underneath it.

“I made the mistake of putting my hand under there,” he recalls. “I don’t want to even think about it now to be honest. I feel sick.”