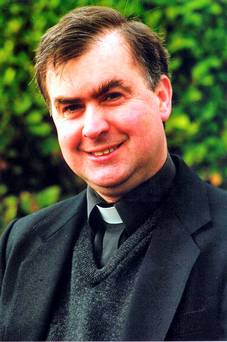 A CATHOLIC priest who warned his parishioners they were putting their souls in jeopardy by taking part in yoga classes has backtracked on his earlier comments, confirming that ‘wearing Yoga pants is fine’, just as long as you’re not participating in the activity itself.

The county Donegal priest, who banned advertisements for Yoga classes from his Parish newsletter this week, couldn’t reiterate enough how ‘okay’ it is for young women to wear the garment.

“I just want to clear things up as some women in the Parish may have taken my earlier comments out of context,” he told Waterford Whispers News today. “Yoga pants are okay to wear. You can even wear them to mass if you wish. In fact, I would suggest it, purely for comfort reasons. They’re perfect for all that kneeling, standing and sitting”

“God actually loves yoga pants, and I don’t want any fit young woman changing their style because of what I said.” he added.

Fr O’Baoill, who left the village of Gweedore on a pilgrimage to Thailand earlier, refused to comment further on the matter, but did suggest to his female parishioners that he can get cheap pairs of the pants in Bangkok, if they wanted them.

“Just to emphasise the church’s stance on Yoga pants, I will gladly pick up a few pairs on my way back from Thailand. It’s no trouble at all. Clothes over there are for half-nothing anyway so it would be my pleasure to purchase them for any able-bodied woman looking.” he concluded.