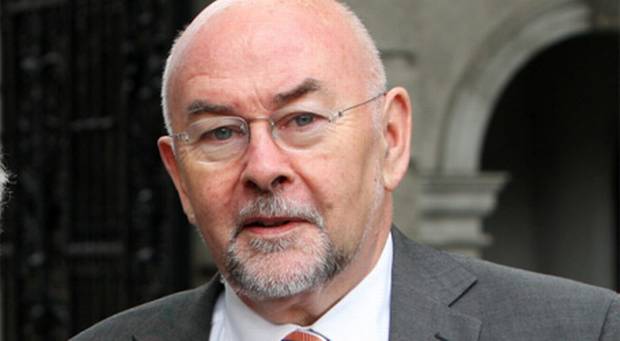 Following Ruairí Quinn’s announcement that he is to retire to make way for the new generation, WWN looks back at his career and his achievements in office, chief among those of course was his supposed invention of the Euro.

1. Vodka and Coke- Minister Quinn was the first person to sweeten the taste of vodka by adding the popular carbonated beverage Coca-Cola, coining the new cocktail a ‘Vodka and Coke’. To this day he receives a thank you letter on his birthday from Coca Cola.

2. As the ‘inventor’ of the Euro, Quinn is also solely liable for the debts incurred by Eurozone member states. Minister Quinn currently owes over several trillion euro.

3. Often heralded as Ireland’s most accurate Ming the Merciless lookalike. Quinn won best costume at the Dáil Halloween ball in 1999.

4. Upon noticing how rapidly the new rail system moved around Dublin, Minister Quinn coined the acronym DART, and was so pleased with himself he took the rest of the day off.

5. In his final political role as Minister for Education, Quinn was required to sit the Leaving Cert every year he held the office. Many speculate he dropped down to pass maths this year, prompting the Taoiseach to force him to seek grinds. This ultimately led to his resignation.

6. ‘Wax Shine For The Bald Man’, is a popular range of polishing waxes for the male head endorsed by Quinn in the mid 90s. He continues to be an advocate of the waxes despite the product being connected to several deaths in China.

7. Ruairí Quinn is also responsible for introducing the highly successful subject of Emigration to the Leaving Certificate in 2010, giving hundreds of thousands of young people the opportunity to secure permanent internships abroad in Australia and Canada.

9. Mr. Quinn became ‘King Of The Travellers in 2009 after beating Martin McDonagh in only six minutes. The bare knuckle boxer regrettably challenged the minister to a fight online via his YouTube Channel. McDonagh received 67 stitches to his face after a tirade of punches and headbutts. The 68-year-old still gets called ‘The Mighty Quinn’ to this day, and is a hero to the travelling community.