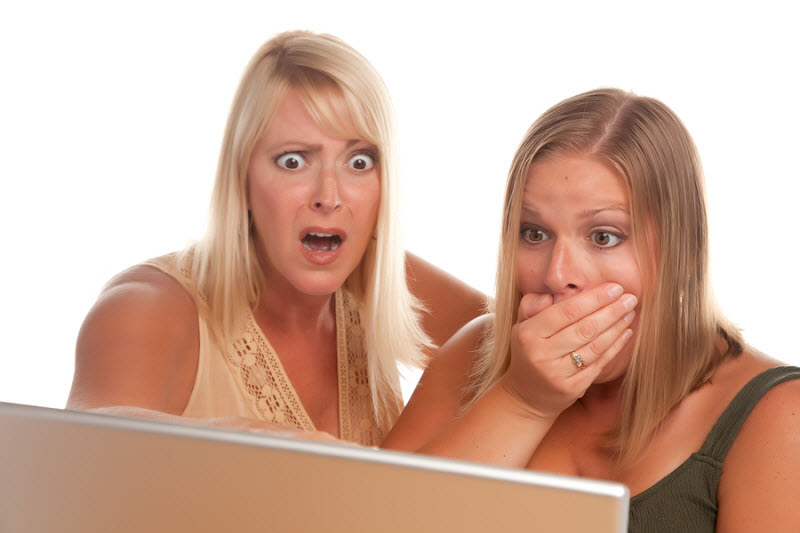 A RARE instance of outrage spreading online has seen a number of websites that specialise in vacuous and faux-empathic content come under criticism.

Web sites, including Buzzfeed, Upworthy, Viral Nova, Warm Fuzzy Headline Machine, Playing On Your Innate Curiosity As A Human Being and Fucking Click The Link You Know You Want To have been criticised by users for article’s failure to live up to their vague yet intriguing headlines.

“We’re enjoying the evolution of what is ‘media’ in the internet age, but every now and then you just get pissed off,” shared media studies student Lorna Long, “for every ‘Check out this Monkey with a butt that won’t quit’ there’s a disappointing ‘What happened next will shock you’, it’s false advertising really.”

The ‘What happened next will shock you’ headlines were originally invented by a group of Austrian scientists who were tasked with a way to occupy idiots for hours on end. The invention was initially hailed as a runaway success, but it now appears that these headlines are slowly losing meaning and relevance.

“I’ve become immune to the whole thing,” shared internet user Simon Quinn, “I saw one those headlines yesterday and it was about a guy whose family were murdered when he was like 2, so when he was 20 he met their killer and they like ended up doing the dance routine from Dirty Dancing. I just wasn’t shocked, thanks to the internet I’ve pretty much been preconditioned to find nothing shocking,” added Simon.

Other users internet users similar to Simon have brought about a class action suit in America against Buzzfeed and their peers, citing the fact they no longer have the ability to be shocked as well as pointing out that almost 100% of their stories could be told in the headline itself.

“Midget builds replica of a 747 after being stranded on a desert island for 80 years and flies it to America, 3 year-old girl cures cancer with her tears, Heartbreaking heartbreak is heartbroken by heartbreaking heartbreak. All of these headlines promised to change my life, stop me in my tracks and shock me and none of them did, a website shouldn’t be able to make these claims without some facts to back them up,” an irate Sarah Shields told WWN.

Despite the lack of shock being provoked by a number of intriguing headlines the perpetrators show little signs of stopping.

“Lists and shit,” read the official response from Buzzfeed on their site quashing any hope those suing them had of reaching a settlement.