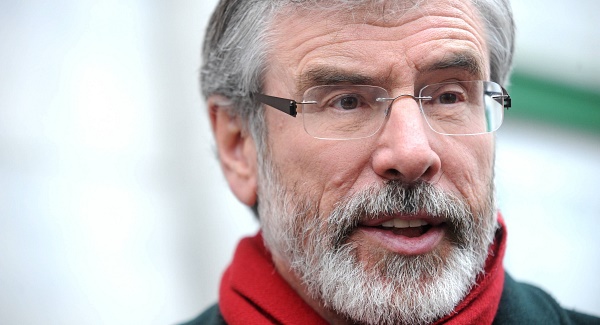 SINN Fein president Gerry Adams has made a formal complaint to the Police Service of Northern Ireland (PSNI) over their “weak interrogation techniques” over the weekend, stating: “They don’t make interrogators like they used to.”

Mr Adams was released without charge on Sunday night after four days of questioning by detectives about the 1972 murder of mother-of-10 Mrs McConville and other alleged links with the IRA.

“My little nieces and nephews ask tougher questions.” scoffed the 65-year-old. “The interrogation tickled at most. I even suggested some questions for them to ask and I even gave them pointers, but they wouldn’t listen. Those boys don’t know the first thing about extracting information. It’s an absolute disgrace.”

“A bunch of amateurs” he added.

The former West Belfast MP said he was told the police would be pressuring him into revealing his senior managerial role within the IRA at the time of Mrs McConville’s abduction and that he was therefore bound to know about her killing.

“I’d be more afraid of Vincent Browne than the PSNI.” he went on. “At least there would be some sort of challenge. I can’t believe these are the boys who will be taking on some of Belfast’s finest. It was like playing a game of ‘guess who’ with a pair of ten year olds. God help Northern Ireland is all I can say.”

Mr. Adams made the formal complaint against the PSNI’s interrogation techniques yesterday evening.