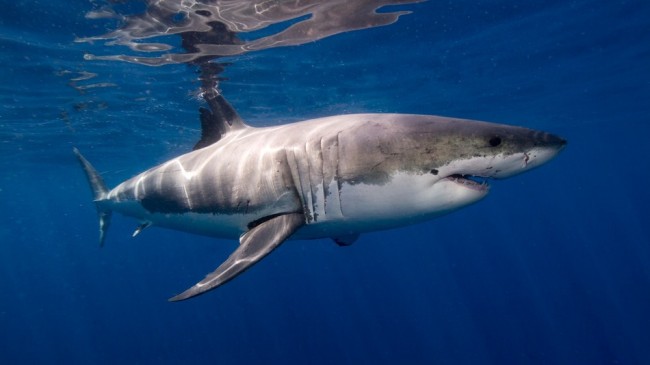 A GOVERNMENT think tank has warned today of gangs of great white shark immigrants coming over to Ireland to leech of its vulnerable social welfare system.

Economist Gerard Heefy told WWN that the recent influx of benefit seeking predators along the Irish coast is a testament to the governments weak approach on ‘free-loaders’ entering the country.

“It is no coincidence that these beasts are being sighted in recent weeks.” said Mr. Heefy, who studied economics on the internet for a while. “Lydia is only the tip of the iceberg. Once one shark makes it here, the rest will follow.”

Last week, a tagged great white shark called Lydia made history by becoming the first of its species to be seen crossing into the north Atlantic.

The satellite-tagged 14 foot shark is causing major worry in government circles as she is making her way to the Emerald Isle.

Minister for Social Protection Joan Burton called on an emergency meeting with the government to tackle the gangs of rogue sharks.

“Great white sharks will be treated just like every other immigrant here, but we will not tolerate welfare cheats.” she told the Dáil.

It is estimated that over 100,000 sharks are making their way across the Atlantic as we speak, many of whom are unemployed with large families.

Meanwhile, Kerry councillor Jackie Healy-Ray has welcomed the species, stating they will sort out the large seal problem along the Kerry/Clare coast.

“This is nature at work and we cannot expect these animals to perform a job without payment.” he told WWN. “Seals are a growing problem here in Kerry and are hurting the local fishing industry.”

The first wave of great white sharks are expected to enter Irish waters just in time for the Summer holidays.