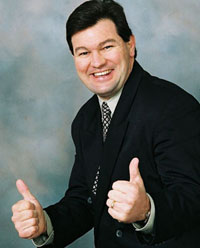 INSURANCE BROKER Cyril Murray could hardly contain his delight this morning after finally getting ‘the shift’ in The Foundry nightclub last night after a six year ‘dry spell’.

The 48-year-old Dunmore man had originally intended to just go for the one after work and then make it back to his apartment in Ardkeen in time to catch ‘Come dine with me Ireland’ on TV3.

However, a northwest wind, combined with a torrential downpour, prevented the bachelor from leaving the pub.

“It was lashing out of the heavens so I decided to have another pint of Hino with the guys. We were all gee eyed by 9 o clock!

“One of the lads said we could easily pull a few drunk ‘young wans’ in The Foundry because they were selling ‘chape booze’ in there. I was well up for that.” said the divorced father of three.

Sources claim that after numerous failed attempts by Mr. Murray to engage various comatose’d female students, he eventually struck gold with a 22-year-old Carlow girl who he’d met at the bar.

“I couldn’t believe my luck! She wasn’t half bad either, apart from her face, but the rest of her was alright now!”

“I told her I was the assistant chairman at the college. She fell hook, line and sinker for it…… hahaha…silly cow. I immediately bought her a drink and then asked her to dance.

“After busting some moves I realised she was half asleep so I supported her through the slow set and then just made my move. I think the music just took over.

“I could see all the lads giving me the thumbs up in the background. I must have been shifting her for at least five minutes before she lost all consciousness. I couldn’t really hold her up any longer as me arms were kill’t, so I just gently left her down on the dance floor to sleep it off.” he added

Friends say Murray was ‘well chuffed’ with himself and didn’t stop talking about the ‘young wan’ for the whole night.

“He was driving us all fucking mad at the end of the night. He kept saying he was in love. Then when we got to the chipper he said he was going to find the girl and tell her how he feels.” said fellow work colleague Mark O’Brien.

Mr. Murray stated he doesn’t remember much after leaving the chipper and claims he woke up in his work clothes this morning.

“Ah, it was some night, lad. I’ had some craic. Nothing like chape booze and easy women.” he concluded.