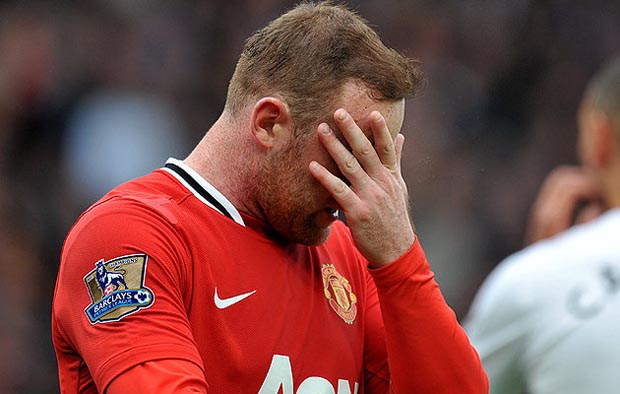 AILING PREMIER League side Manchester United ‘must be kicked while they’re down’, said football fans today, after the Devils lost for a fourth time at old Trafford this season.

Thousands of football pundits and supporters took to media and social networking sites to slag-off the team as they slipped even further down the table.

“This is the best thing to happen to English Football since the Cantona ban,” said one Liverpool fan. “Maybe we might clench the title this year and rub it in their stupid faces.”

Manager David Moyes refused to comment about the recent string of bad luck, which coincidentally started when he took over as manager of the Football club.

“I’m refusing to comment on this whole matter.” he told WWN earlier today.

“But you just did comment by saying you were refusing to comment.” this reporter replied to the now irate Scotts-man. “That’s still technically a comment you big loser. I hope you get sacked ya dope!”

Not since 1989 have the defending champions lost on New Year’s Day and it is 1986 since United were last beaten four times on home soil by the opening day of January.

“I hope they get relegated this year.” said another Football Fan. “They were always the ones to gloat when beating a team. Lets kick the fuckers while they’re down and keep them there.”