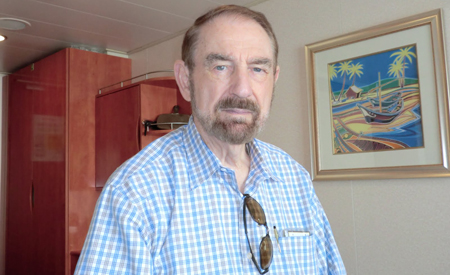 John Ferriter, a father of three from Kilkenny, has caused a stir recently by declaring “I don’t give a fuck” after his youngest daughter tried to convince him of the merits of hip band One Direction.

John’s youngest daughter Clodagh (10) had been insinuating for some time that her father was in fact no longer cool as he had no working knowledge of the successful boy band.

“Life is just a series of distractions Clodagh and then you die,” offered Ferriter before adding “I’m not cool? I’m out of touch? Me hoop, I care more about my next bowel movement”. In the recent months Clodagh along with her two older sisters had become very aware of the fact that their father was an utter embarrassment and liability. “He wears sandals with socks and can’t name any of the last 8 winners of the x-factor…he has to know he has a problem, right?” confided Clodagh in WWN.

Friends of the family began to worry as they had recently noticed a shift in John’s cultural acumen and relevance. “I mean it was when he said he hadn’t watched an episode of Breaking Bad and seemed fine about it, you know it was one of those moments where your heart just sinks.

The poor bastard” shared neighbour Richie O’Shea. “I hear he’s only dipped in and out of the Love/Hate.He must realise everyone is laughing at him”

WWN sat down with John and tried to get to the bottom of the matter. “I’ve three daughters, do you know what that means? Do you know how many times I’ve been asked for lifts here and there, oh and the ‘how do I look?’ And then there’s the wife getting obsessed with every new fad going. She wanted to go to a Zumba class the other day…I don’t know what that is but I know I wasn’t bothering me hole!”

John, clearly the owner of a unique outlook on life, concluded the interview with some pearls of wisdom: “I am supposed to pretend I care about being cool? G’way out of that sure I couldn’t give a shite. Do you know what cool gets ya? Embarrassing photos for your 21st and a credit card bill the size of me Wife’s arse and who wants that, huh?”