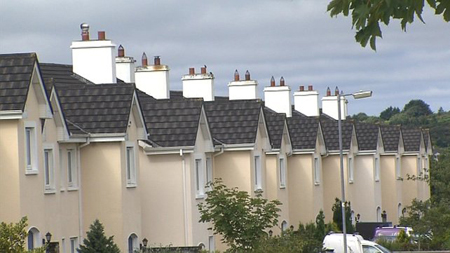 It said that 65% of residential mortgage holders meeting their monthly payments showed no signs of fucks given, with many suggesting that the other  35% should ‘cop the fuck on to themselves’ and work harder if they want to keep their homes.

The report, carried out by Waterford Whispers News this week, showed there had been dramatic growth in the level of unsympathetic home owners around the country.

“Will these people ever stop moaning about having to pay their mortgages.” said up-to-date bill payer Timothy Croke. “We’re all sick of hearing the same old nonsense every day on the radio and TV from people who bit off more than they could chew.”

Irish Central Bank figures indicate that 35% of residential mortgage accounts were in arrears for three months or more in September last year and were starting to annoy the crap out of everyone else who were managing their payments.

“These losers should just default on the mortgage and go back to renting or something.” said Central Bank chairman Patrick Honohan. “Besides, there is no difference in renting from a landlord and having a mortgage – you still don’t own the house until its fully paid.

“And lets face it, when does that ever happen?”

“Having a mortgage is just a nice way of saying that you’re renting from the bank.” he added.

The Government is set to pass new laws to allow banks to repossess homes from anyone who continues to whinge publically about making payments.