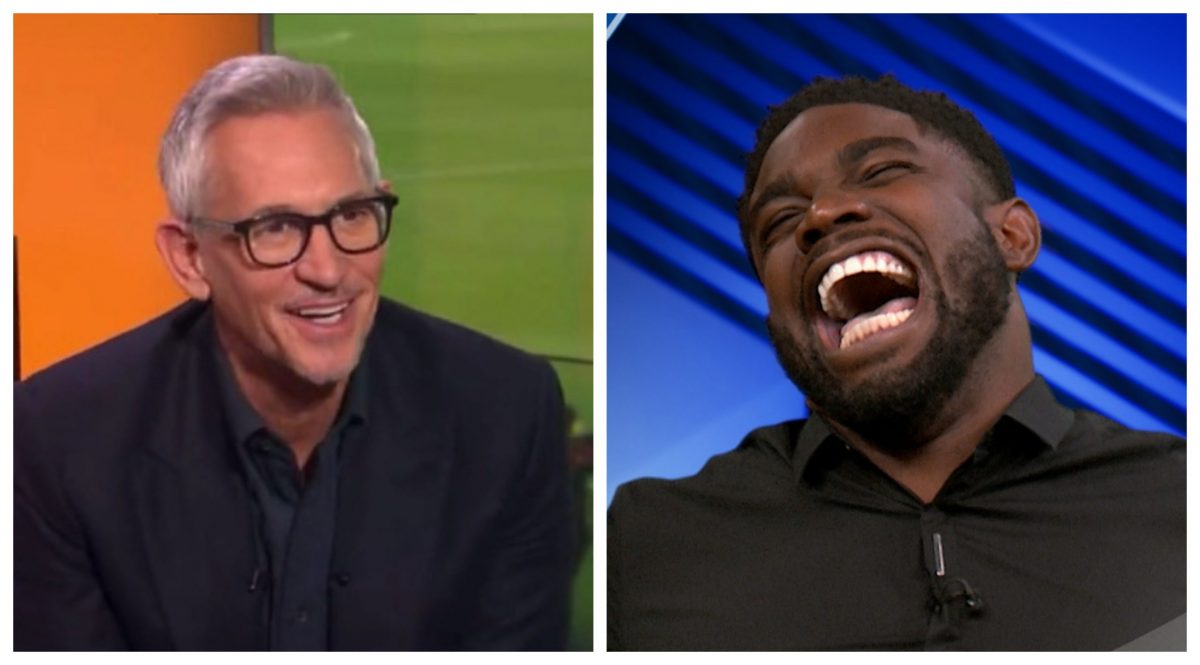 FOOTBALL AUDIENCES have accepted the BBC’s apology for their coverage of the Wolves v Liverpool FA Cup clash being interrupted by loud and consistent sex noises, stating that they will take this sort of noise pollution over Micah Richards’ incessant laughter any day.

“We’ve taken audience feedback on board and for the remainder of our football coverage this year, loud ear-shattering shrieks of sexual pleasure will be played over Micah Richards when he appears as a pundit and cackles, which research shows happens once every 1.15 seconds,” said one BBC exec.

Richards, an affable and inoffensive pundit who appears 24/7 across Sky Sports, the BBC’s Match of the Day and FA Cup coverage, CBS and your nightmares, grates on some people due to the fact he is seen on TV more times than the weather forecast and can be heard from the International Space Station.

“My dog once ran through the patio door when Micah took up laughing on the TV so gimme orgasmic groaning and moaning any day,” explained one viewer who will happily fork over his licence fee if it can fund multiple mystery phones cellotaped around sports studios.

Meanwhile, Liverpool denied being responsible for the pre-match prank and using it as a way to distract from their poor form this season.