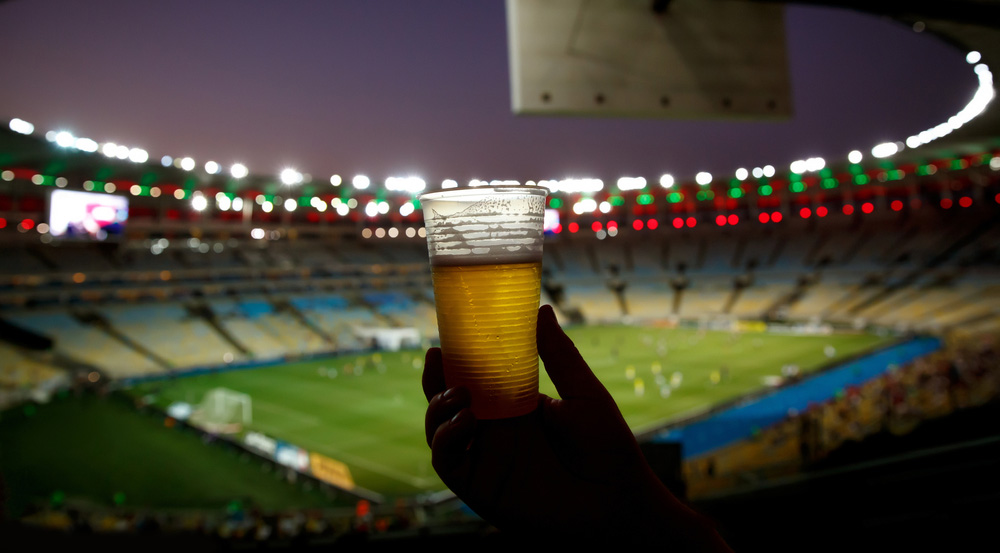 A NEW poll conducted by the IRFU has shown that 7 out of 10 people would not support a ban on the sale of alcohol in the Aviva stadium during rugby matches, and 3 out of 10 people did not believe the question was actually serious, WWN can report.

Even the most hardened of rugby supporters agreed that the game is barely tolerable when three sheets to the wind, and they would rather ‘stand in front of Ronan O’Gara and let him punt a rugby ball into my throat’ than watch a match fully sober in the Aviva.

“A pint of Heino is as essential to the rugby experience, as with that little plastic thing they kick the ball off of,” sobbed one pundit, aghast at the mere thought of having to sing Ireland’s Call without alcohol to numb the pain of it.

“If they bring in this ban then they better bring in more security to make sure me and the lads don’t sneak in a few cheeky carafes of vino,” added another man, possibly from the south side of Dublin, it’s hard to tell.

“This is like if the GAA banned ham sandwiches in Croke Park for the bog-ball games,” chimed in one die hard Leinster fan, before going on to segue his argument into a one-sided conversation about how he too played rugby in college and was good enough to go pro but injured his little toe.