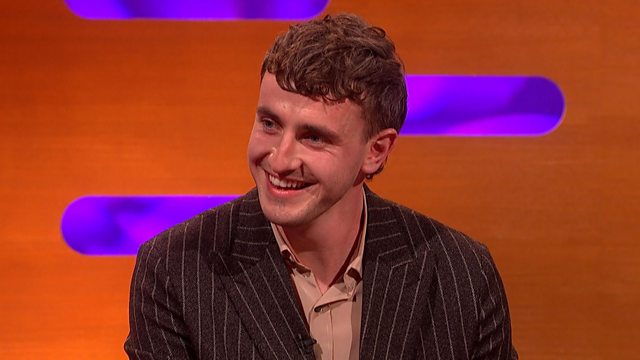 ECLIPSING the outrage felt by random faceless Twitter accounts at Paul Mescal not wearing a poppy on the Graham Norton Show, Irish media sites are reportedly ‘livid’ with hope you will click on one of 437 articles claiming Paul Mescal is to be executed in the tower of London by irate Britons.

“The Brits are at it again,” explained one underpaid intern whose three hours of trawling and refreshing Twitter finally paid off after one account stated ‘no poppy for ones of the guests’ which provided the gossamer thin justification to launch into a full blown outrage hurricane.

Some news sites whose entire output is aimed at gaslighting their readers into clicking on links estimate that Mescal’s poppyless appearance resulted in 40 million angry tweets and one fatwa.

“Yeah this Twitter account called BritBulldog3222909 only has 7 followers but what if I wrote an article to suggest it is reflective of the 100% of British people who were watching Graham Norton at that very moment who actually didn’t react in any way,” added another intern, soon to be managing editor if they keep this up.

Elsewhere, editors have told Irish people that they can try and resist clicking as much as they want but publications have spend years grinding them down.

“You see we’re relying heavily on the Pavlovian response Irish people have now to poppy madness season in the UK when they lose their shit if an Irish person doesn’t get one tattooed across their face,” explained one clickbait site operator, “and in this case it doesn’t matter how innocuous, innocent or actually non-existent poppy rage is this time, we just play our readers like an angry violin”.

UPDATE: The Mescal poppy outrage news cycle is over. Clickbait sites are now asking you to click on stories confirming Mescal’s engagement to Phoebe Bridgers in which zero evidence is cited to back up this claim.