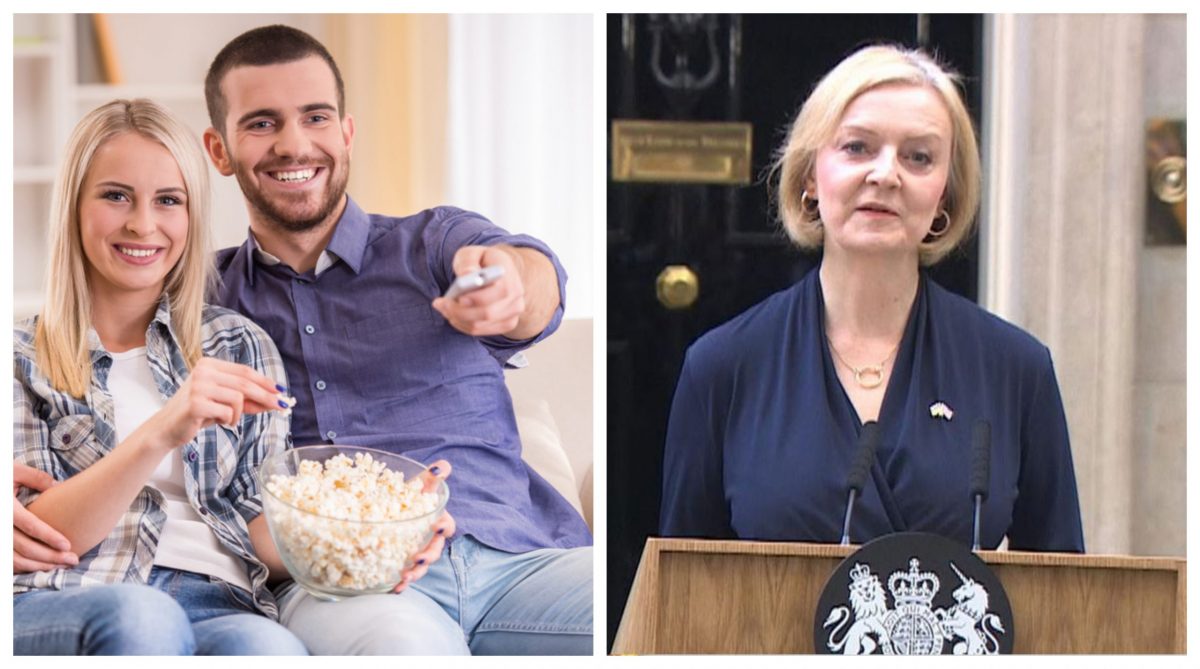 POPCORN manufacturers are urgently trying to replenish stocks in Ireland amid a record demand for the snack which serves as the perfect accompaniment to watching highly entertaining content.

“We’ve shifted 200 tonnes in the last few days, the appetite is insatiable. For whatever reason Irish people can’t get enough of it” confirmed one Irish retailer, who added that consumption levels have almost hit the heights of Brexit vote result day and the Queen’s funeral.

The demand for popcorn seems to be motivated by the constant turmoil and chaos of British politics, with Liz Truss’s reign as PM lasting about as a long as the average TikTok users attention span.

“Looks like Britain might have a little bit more than Irish football teams singing to worry about but sure that’s none of my business,” said one Irish person wearing a broad shit-eating grin unable to shift their gaze from the news.

“You know what, I’m so contented right now I don’t think I’ll ask anyone to get me anything this Christmas, I’m good – this is my Christmas and it gets better every day,” remarked another person, through joyous bouts of popcorn munching.

The only thing which has stopped the flood of resignations from the Tory government has been the resignation of the person who accepts people’s resignations, while Venezuela and Zimbabwe have reached out to Britain in a bid to help offer advice on how to stabilise their economy and restore trust with the markets.

“Shit, we’re going to need a bigger popcorn machine,” screamed one overworked popcorn supplier as word reached him that Tory MPs’ appetite for chaos has in no way dulled with many backing Boris Johnson to return as prime minister. Rumours that many Britons think ‘everything will return to normal now’ has only seen demand for popcorn increase further.

UPDATE: The lettuce from The Daily Star livestream has been named acting prime minister.