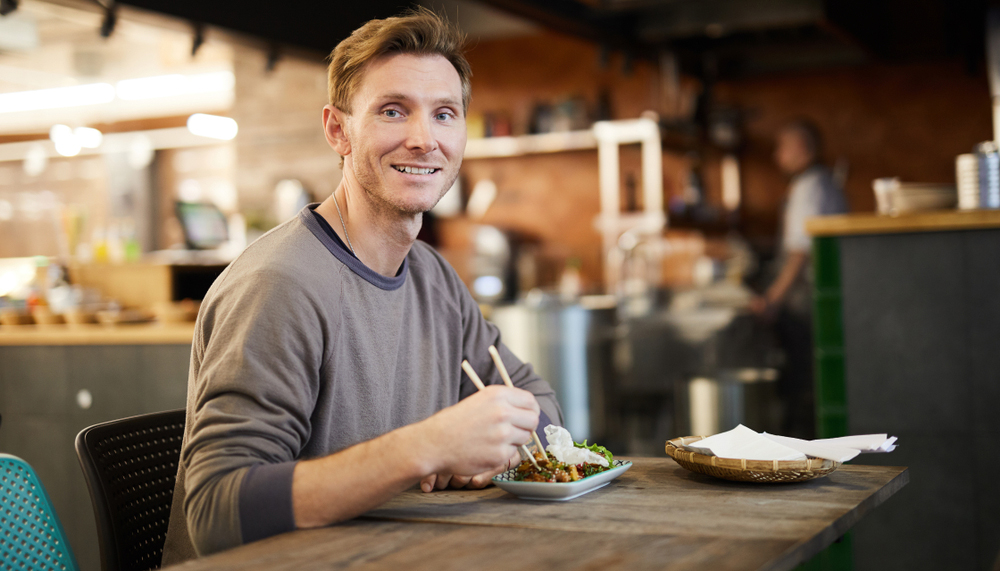 IT HAS only recently occurred to local foodie Jamie O’Higlan that his go to Chinese eatery is in fact named after once of the great monsters in history, something which may impact his future enjoyed of said eatery.

“I dunno it just never… clicked,” said O’Higlan who has spent several thousand euro at the establishment since it opened an outlet near his home, “and it must be weird from some Chinese lads here seeing them about the place, the name up in lights. It’d be like myself ricking up to Beijing only to find Cromwell’s Creperies everywhere, bit fucked up in fairness,” admitted O’Higlan, horsing into a chow mein.

Reckoning with the leading role Mao Zedong Paul played O’Higlan admitted a quick Wikipedia search made for grim reading and would force him to consider alternative choices for his weekly take away.

“There’s not really another decent Chinese round my way so it’s either Pot’s Pizza Spot or Fritzl’s Schnitzel Bunker,” said O’Higlan, the pain of losing a beloved restaurant clearly etched on his face.

“It’s hard to get a reliable chain where you know the quality remains the same on every visit. Mao the restaurant was good at that, nearly as good as Mao the leader was at killing dissidents and intellectuals,” mused O’Higlan, eating his last few bites of chow mein.

“What if I don’t call it Mao, what if I just call it ‘the Chinese’, I’m not complicit in trivialising any of that stuff,” reasoned O’Higlan, a monster.