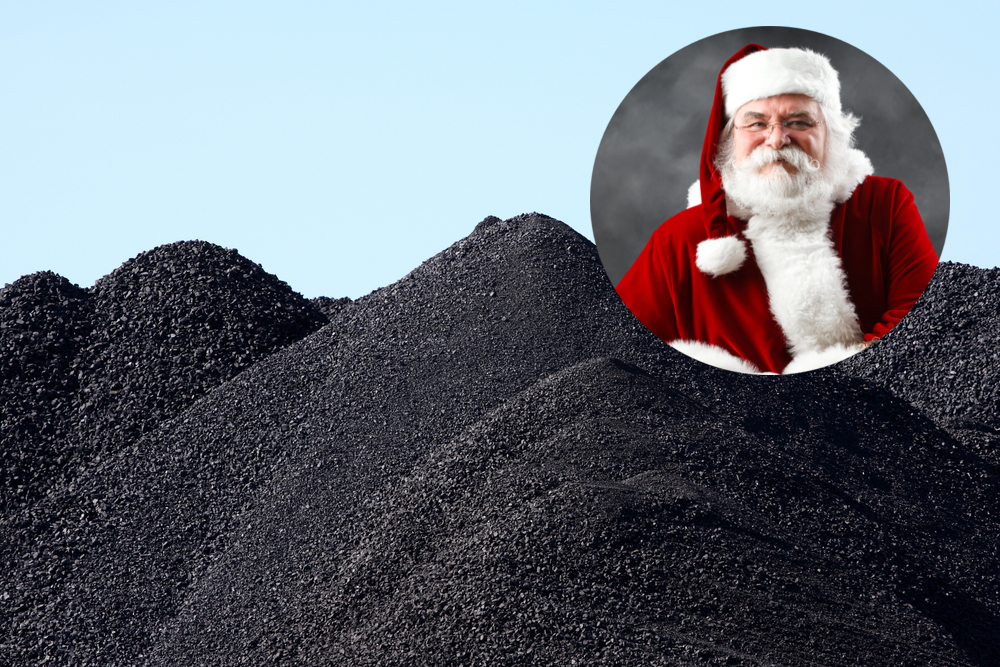 “I ACKNOWLEDGE the mistakes of the past and promise to do better going forward,” CEO of Christmas Industries, Santa Claus said, sounding a note of regret over being one of the world’s largest polluters in history.

Churning through thousands of megatonnes of coal every year as part of his naughty children measures, Claus will now transition to renewable punishments by 2030 which should bring an end to the environmental protests at his North Pole toy factory.

“As punishment for children who misbehave and I judge not worthy of a present, some will be getting nuclear reactors at the end of their beds,” explained Claus, keen to stress how we must all do our bit to save the planet.

“If you wake to your children screaming about a giant knife being in their bed, do not panic it’ll just part of a wind turbine,” added Claus, who was criticised for his absence at the recent COP26 summit.

Elves with responsibility for C.I’s clean energy policy have yet to confirm what geothermal or hydro energy alternatives to coal at the end of the bed will look like but hundreds are said to be working on replacement for the bag of coal.

“On the one hand I’m ahead of the game for never replacing the reindeers with a massive jet but do I get praise for that? Do I fuck, it’s all blame, blame, blame. Coal, coal, coal. And yes, all the wrapping paper is recyclable so don’t even start with that shit again,” a somewhat irritated Claus confessed.

Sources close to Claus deny he only announced the divestment of fossil fuels because he was being absolutely ridden by new increases in carbon taxes and was on the verge of financial ruin.