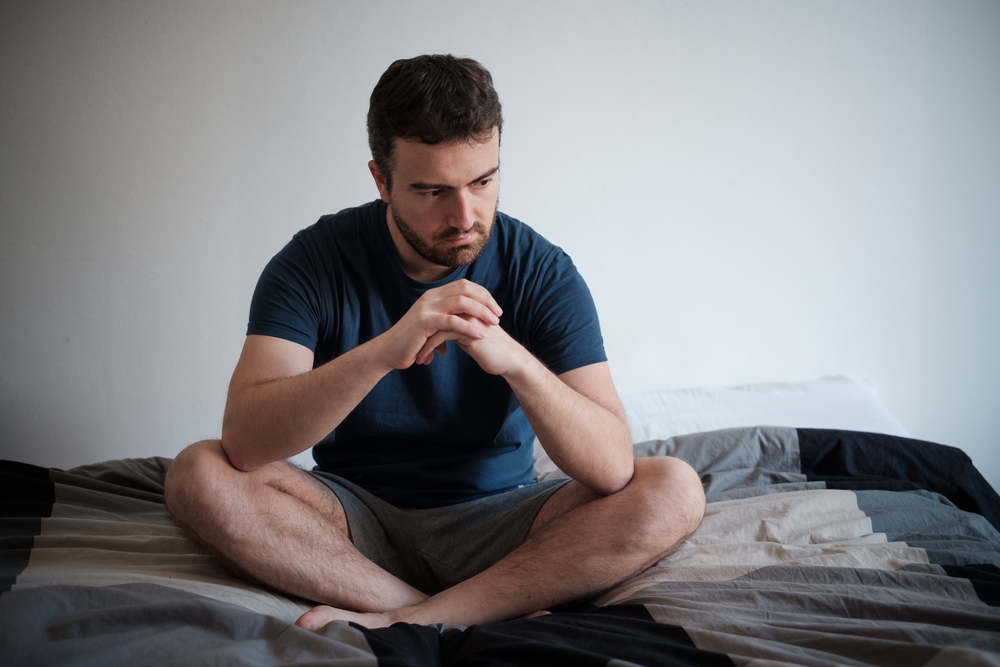 A LOCAL Waterford man is now the subject of intense interest and intrigue from the scientific community after successfully growing his virginity back, WWN can reveal.

Jack Curran (28) is one of many singletons adversely affected by nearly a year of on and off again lockdowns making normal socialising and dating all but impossible, and his barren spell has been so severe he has revirginised himself.

“There was just like a weird sound, like a reverse pop,” explained Jack, pulling his finger out of the corner of his mouth to imitate the sound, “I didn’t think anything of it but then it started happening – my regression”.

“My Google searches were all just stuff like ‘what is sex’ ‘how to sex’, ‘do women have nipples?’, ‘can woman snap off penis and keep in her vagina for later'” Curran said, omitting an embarrassing Zoom call when he asked friends if their penises ever ‘sneezed white stuff’.

“Yeah God love him now but he was calling semen ‘love piss’ there for awhile,” shared one friend of Curran’s who had the good sense to be in a relationship ahead of a global pandemic hitting the planet.

Curran admits he was not ‘Ride Master General’ before the pandemic hit but is now part of a group of singletons asking the government to do more to alleviate dry spells that make the Sahara desert look like an Olympic Swimming Pool in comparison.

“If the All-Irelands can go ahead, if the Premier League is ticking along I don’t see why us singletons can’t all be allowed to take park in some giant Love Island ride-a-thon to make up for lost time, throw us onto Achill Island or something, hand out condoms like it’s a freshers week in college, slap on The Weeknd. It’s not rocket science,” Curran told an Oireachtas Committee hearing into Singleton Life.