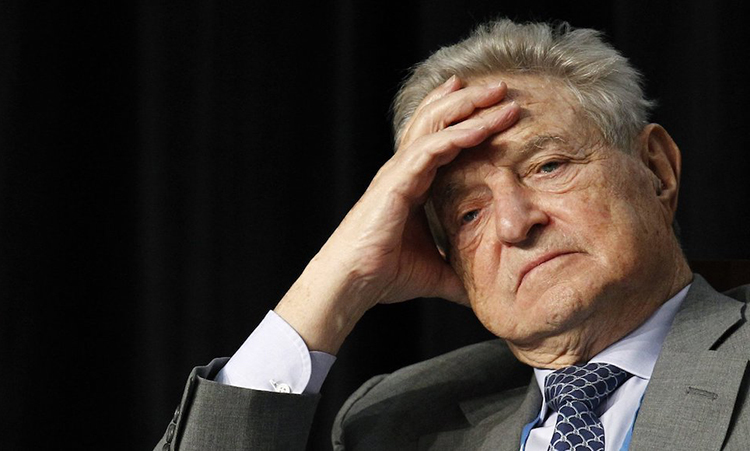 HITTING transfer on yet another banking transaction to fund one of his many agents in the Republic of Ireland, billionaire investor and philanthropist George Soros looked at his watch and wondered where the time went today.

“No matter how many people I pay off in Google and Facebook, my arch nemesis Gemma O’Doherty is still managing to inflict serious damage to my sterling reputation with her vicious words,” Soros muttered to himself, now contemplating the next stage.

Picking up a red vintage phone marked ‘encrypted’, the 88-year-old billionaire dialed the one and only number on the dial, before asking the unknown receiver the penultimate question.

“Maybe if we made it look like a terrible accident? We’ve spent millions trying to silence her. It’s not working, she’s too big now. She’s exposing us all, the NWO – everything! It’s time this problem was dealt with,” he said, listening carefully to the reply.

“Oh right, so they all think she’s tapped… lost her marbles… yeah, I know, but the tweets Mr Rothschild, the blasted tweets are getting 40, maybe 50 likes at a time,” Soros elaborated, tele-nodding to the answers, “Corr is fuelling her. We should have taken him out on that tour they did… Yes, yes, I know you love the sisters, but he’s dangerous, Jacob”.

Appearing almost deflated, Soros rolled his eyes as though being talked out of something huge, before signing off.

“Okay, okay, your call. But if she mentions the lizard thing we’re going to have no choice,” he finished, before grunting to himself, “you may have won the battle, Gemma, but not the war”.