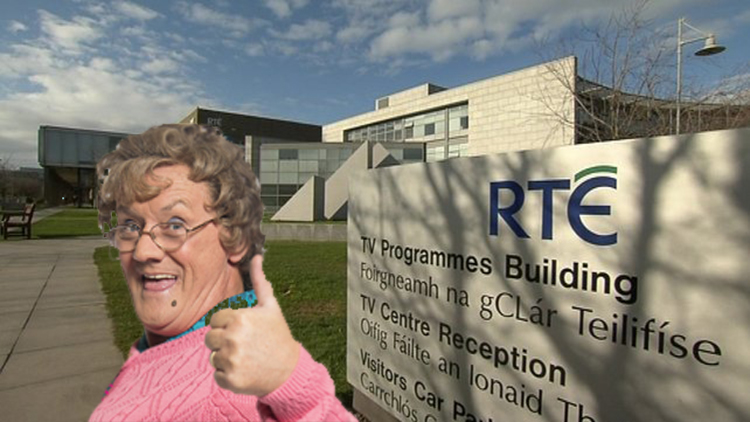 A PANICKED NATION is pulling up its couch cushions, smashing piggy banks and ripping ATMs from a wall with a JCB in search of money after receiving a direct threat from national broadcaster RTÉ, in the form of a promise that more Mrs Brown’s Boys will be made unless the licence fee is overhauled and increased.

Running a deficit of €13 million last year thanks to covering a number of large scale broadcasting events, RTÉ called on the licence fee to be overhauled so it can transform into an agile 21st century broadcaster that can still pay Marian Finucane €295,000 for a few hours of radio a year.

“How much have you got in the kids’ Credit Union account? Well, fucking check then and stop wasting time!” panicked father and reluctant RTÉ viewer Donal Creed shouted at his wife, Amy, as the reality of the threat RTÉ issued truly set in.

Doubling down on their evil scheme, RTÉ stated “don’t think it’ll just be an episode at Christmas, we’ll do Mrs Brown’s Boys Easter, Paddy’s Day, Halloween, the feast of the Pentecost, Mid-term break. Fuck it, we’ll make up some new holidays and do episodes for that too. Your TVs will never be safe”.

RTÉ has given the public until the end of the week to cough up the dough.

In other news, one local man has been executed by an angry mob after casually remarking that “even with all the flak RTÉ gets I think it surpasses expectations and delivers an incredible service in spite of a small budget relative to other national broadcasters in Europe”.