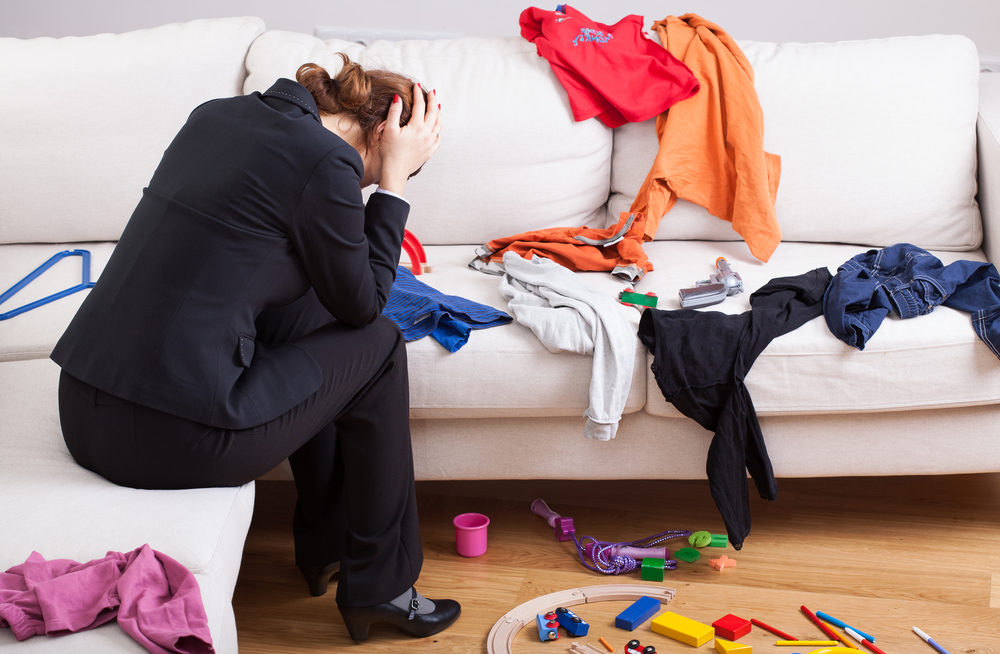 EMERGENCY services were called to the home of a county Waterford family this afternoon where it is believed a 39-year-old mother of three Maggie Tynan became caught in a psychotic loop for several hours, repeatedly asking her children to tidy up their toys and clothes.

Arriving on the scene, ambulance crews were met by her panicked children who called the emergency line 999 when they realised something was wrong with their distraught mother.

“They thought she was just being her usual self so god knows how long the poor thing was looping for,” paramedic John Keane recalls. “We found her in a dishevelled state in the sitting room, staring at the messy floor, blue in the face from repeating ‘tidy up this mess’ over, and over again.

“If we had to come an hour later she would have been dead from exhaustion”.

Upon being admitted to University Hospital Waterford, Mrs. Tynan was given a sedative, a cup of tea and a Dairy Milk chocolate bar to help snap her out of her episode and is reported to be in a critical, but stable condition in a ‘nice tidy phyciatric ward’.

Hospital records show hundreds of similar looping cases over the past few months where a member of the family unit has become trapped in a never ending loop.

“Dads caught repeating the phrase ‘shut the fucking door’ is the second most common looping case, followed on by children just using the word ‘drink’ repeatedly when asking for some liquid refreshment, despite knowing where the tap is and being fully capable of getting their own bloody drink themselves,” a hospital admittance report read.