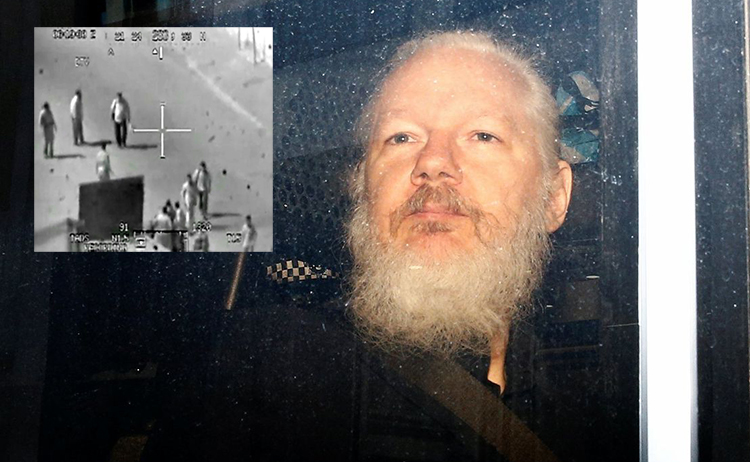 WIKILEAKS founder Julian Assange has been arrested by police in London this morning and charged with showing America up for what it really is, WWN can confirm.

To be 100% sure, UK police then arrested the 47-year-old for a second time on behalf of the United States authorities, just in case they didn’t arrest him right the first time, thus avoiding any crafty legalities the whistleblower may have up his anti-establishment sleeve.

“What a joyous day this is for fans of illegal arrests aimed at suppressing news, journalism and the freedom of the press,” confirmed one media expert, who was taking his journalism certificates off the wall to burn them.

“According to the law he should have been a free man by 2017, but you can’t go showing America up like that; exposing what a corrupt nation it really is and how their military regularly breaks international laws on human rights while invading countries using concocted intelligence to benefit their own financial and territorial gain.

“America is the law and can do whatever it wants and Julian was stupid enough to expose that fact in a bad light, while us normal, obedient journalists just do what we’re told”.

Assange was forcefully carried out of the Ecuadorian embassy after his asylum was suddenly and illegally revoked by the South American country, who have in no way benefited in from the sudden U-turn.

“What America wants, America gets,” defended the Ecuadorian ambassador, now holding large brown envelopes with dollar signs on them, “I can’t say I’ll miss him, he was starting to reek pretty bad”.

Elsewhere, US and UK authorities have apologised profusely for triggering an outbreak of ‘wake up sheeple’ social media statuses across the world.