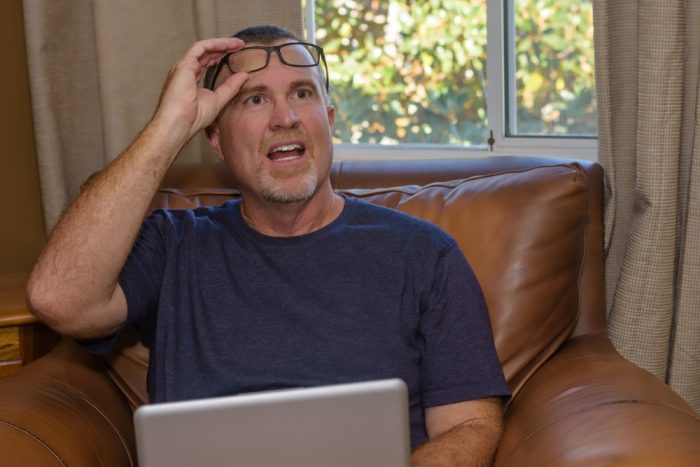 THE WEEKEND’S All Ireland Football Championship qualifiers put a final shape on the 8 counties who will compete in the new ‘Super 8s’ format, prompting one local father to ask, for what must be the 456th time, what is the Super 8s and how exactly will it work.

Seated next to his two sons on the couch watching the Sunday Game, Kildare father Diarmuid Killity (59), expressed his frustration at the constant “messing around the GAA does be doing” with its showpiece competitions, while consulting a laptop which needed to update its Windows Explorer before he could look up the new format online.

“So hang on, we’ve to play Kerry AND Galway, that’s a disgrace, other years you could fluke your way to a semi final just by playing Monaghan and Roscommon,” Killity shouted in the direction of his sons, Niall and Cormac, who try as they might, can never quite get the new format to sit well with their father.

Labeled ‘an abomination that is too hard to understand’ by Killity, his sons soldiered on with trying to explain the Super 8s, this time using sock puppets.

“This sock puppet will have to play away once, and if he is very good and finishes in the top two, he can lose to Dublin in the final,” Cormac said, before bracing for his father’s next question, which would likely just be a list of complaints.

“Why do they have to go changing anything, just split Dublin in two and be done with it. It’d be fine then. All this tinkering, oh and don’t worry next year there will be something called the ‘Great 16s’ or some shite. The draw for home and away done by fancy fucking robot computers,” Killity added, clearly on a roll.

Exhausted and out of steam, Killity collapsed back into his seat while throwing the TV remote onto a nearby table.

“I’m tired and I don’t understand it. Everything’s changing and I don’t like it,” Killity concluded as his sons patted him gently on the shoulder in order to comfort him.