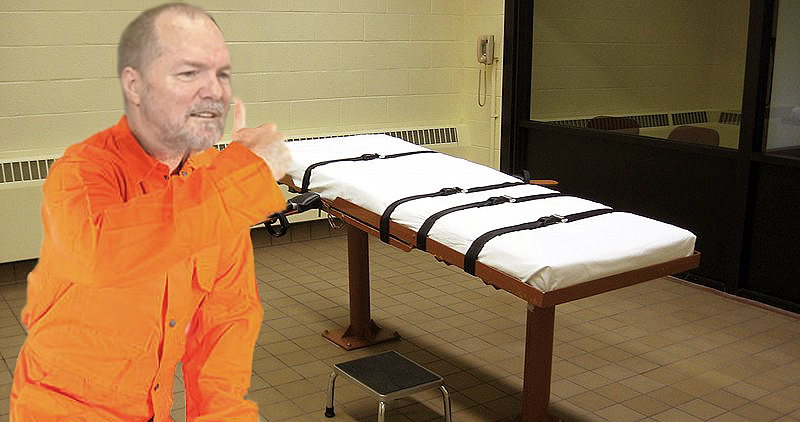 A FLORIDA inmate who was executed with a brand new form of lethal injection last night has given the poisonous concoction an emphatic two thumbs up, saying that the drug ‘killed him real good’ in his TripAdvisor review.

53 year-old Mark Asay was sentenced to death after being convicted for two racially motivated murders in 1987, where he killed a 34 year-old black man and a 26 year-old Hispanic man, making him the perfect candidate for death by untested methods.

The Florida penitentiary system were forced to change their brand of sedative from midazolam to Etomidate, after pharmaceutical manufacturers forbade the sale of midazolam for use in executions. The new sedative was used for the first time last night on Asay, who confirmed that it certainly delivers on it’s promise and has ‘a real kick to it’.

“It certainly does exactly what it says on the tin,” said Asay, currently dead, “the state faced a lot of criticism for seeking out a new form of lethal injection after midazolam was withdrawn, from a lot of people who wanted the US to repeal the death penalty instead of just finding a new way to kill off inmates. But Etomidate, it can whip you out of it just as quickly as anything else out there,” adding, “trust me, I’m living proof that it works”.

Asay was the 24th inmate executed since Governor Rick Scott has taken control of the Florida office, the most under any governor in the state’s inmate killing history.